Chris Mason Shirtless, Underwear, Wedding Photos. A British hottie has joined Riverdale and, boy, is he sending us hot and bothered. His name is Chris Mason and he is playing the role of Veronica Lodge’s husband Chad Gecko. The first time we saw him on the show we were like, “Who’s that hot guy?”

Turns out we actually first saw him on one of our favorite British TV shows, Broadchurch, we didn’t pay attention to him because 1) the character he played wasn’t a nice guy at all and, more importantly, b) our eyes were focused on ogling at the gorgeousness of David Tennant. Haha.

Anyhoo, here’s a shirtless Chris going for a serve in beach volleyball: 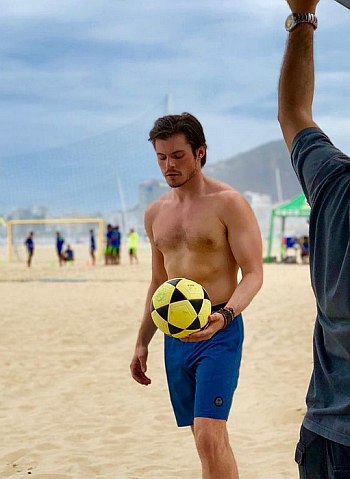 Looking hot in a suit in Pretty Little Liars: The Perfectionists where he played the role of Nolan Hotchkiss: 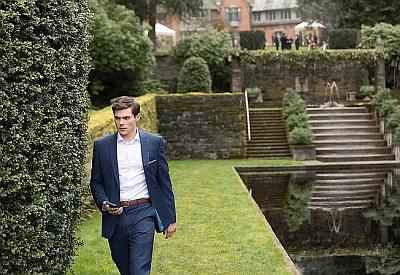 And for those of you who are fans of actors who play LGBT roles, here’s Chris in the short film Wonderkid where he plays an up-and-coming gay English football star and the inner turmoil he goes through as he navigates the challenges of being a Premier League footballer.

Chris in his white Calvin Klein underwear screencapped from the film which, we must say, is a well-made touching but not maudlin’ movie: 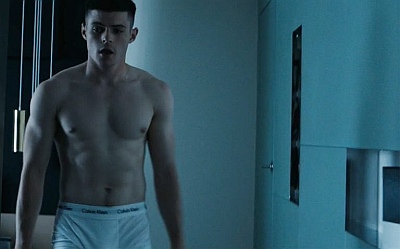 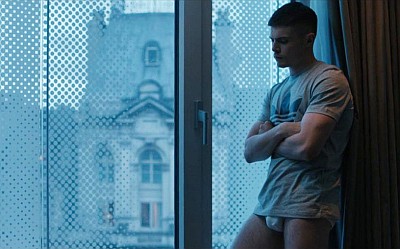 Chris Mason Straight Ally. He played an LGBT character but the actor is straight. However he is very much an ally to the LGBT community as he posted this on his Instagram (follow him @chrismason_1) to celebrate London Pride Week. 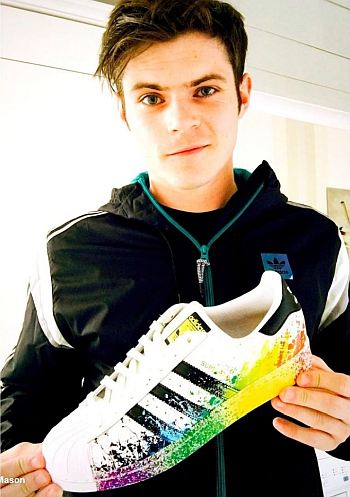 Chris Mason Girlfriend or Relationship Status. He is married to wife, Spencer Locke. Spencer is also in the acting biz who starred in Cougar Town, Big Time Rush, and the Netflix biographical movie Walk. Ride. Rodeo. where she played the real-life rodeo barrel racer Amberley Snyder.

Anyhoo, here’s a photo of Chris and Spencer from their wedding when they exchanged vows back in November 2017: 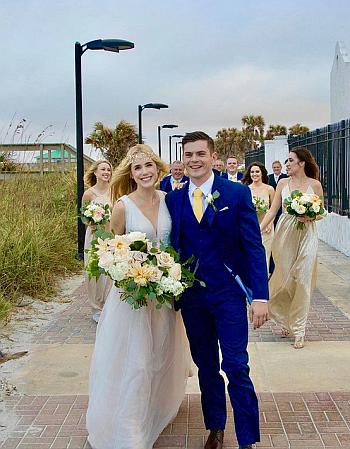 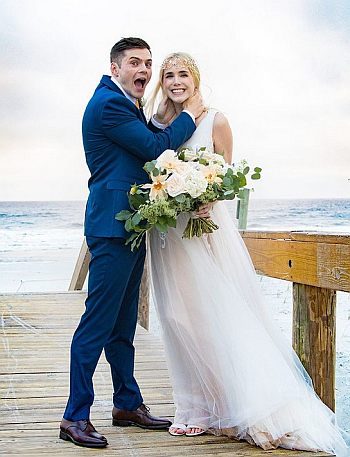