Chace Crawford Underwear: Boxers or Briefs (posted 1 November 2016). What kind of underwear does Chace Crawford prefer to wear? Well, when it comes to his brand preference, the next photos below tell us that he likes him his Calvin Kleins. 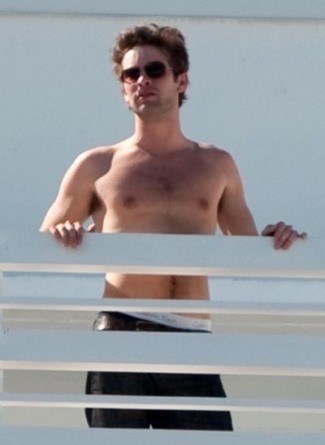 Specifically, he likes him his white CKs. Maybe it is a tighty whitie, huh? 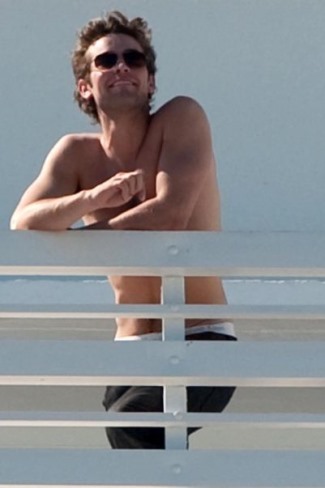 Now, we have no idea on whether Chace likes boxers or briefs in real life. But his most famous role (as Nate Archibald on Gossip Girl) is a boxer shorts kind of guy. Check him out in his boxers. [Want more men in boxers?] 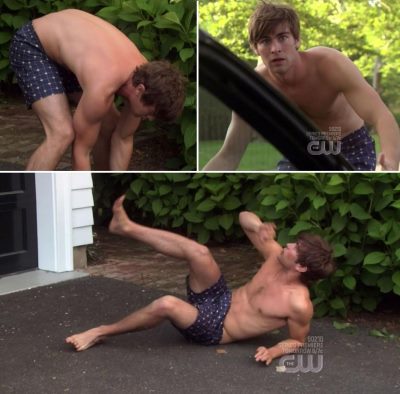 Now that we learned some Chace Crawford underwear tidbits, let us give you some updates on what’s happening to the handsome lad.

Chace Crawford Beard. Did you know that he looks oh-so-sexy with a beard. We are talking, of course, of his facial hair. Check him out: 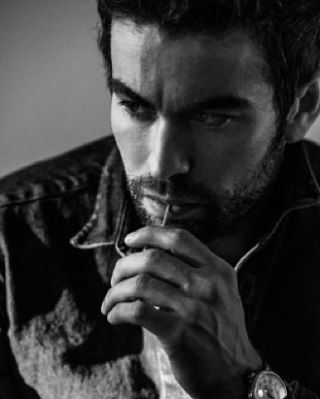 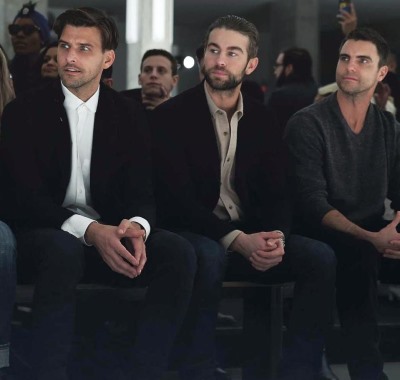 And here’s a bearded Chace Crawford with some equally hot guy friends.

Chace Crawford Girlfriend. Does Chace have a girlfriend in 2016? Yup. He is reportedly dating actress Rebecca Rittenhouse. The two starred in the TV series Blood and Oil which, sadly, was cancelled by the ABC powers-that-be.

Anyhoo, here’s the lovely couple during the opening of Rebecca’s off-Broadway play in March this year. 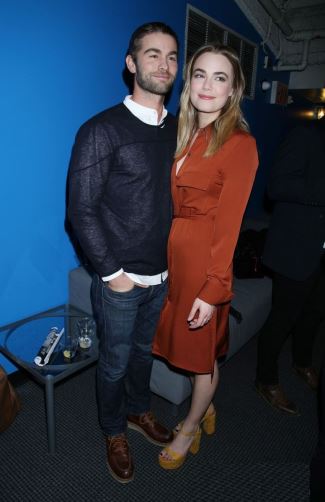 So what’s keeping our Chace busy these days? Well, he starred in a baseball movie called Undrafted which was released this year. Unfortunately, it didn’t get much love from critics and moviegoers alike.

But Chace has three projects lined up in the next few months: the horror movie Eloise, the comedy film What’s the Point, and the Drama Rules Don’t Apply.

We are most excited about Rules Don’t Apply because it is directed by Warren Beatty. We look forward to watching the movie once it gets shown in theaters this November.

So that’s it for now, fellow ChaceWatchers!