Dasha Kapustina Fernando Alonso: New Lovebirds? Who is Dasha Kapustina? Well, she is Fernando Alonso’s new girlfriend. Shall we call them FerDash? Or does DashFern sound better to the ear? What say you Alonsomanics? Anyhoo, Dasha is a 22-year-old Russian model from Vladivostok.

She and Fernando were first seen in public fairly recently. It’s a fairly fast rebound for the Formula One champion considering that he and ex-wife Raquel del Rosario announced their divorce in December 2011. 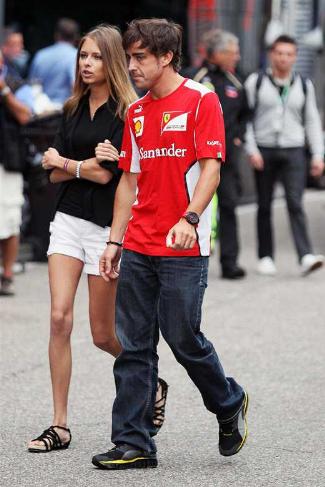 The DashFern lovebirds jump to the sea during a vacation in Majorca, Spain. [Want more Spanish hunks like Fernando?] 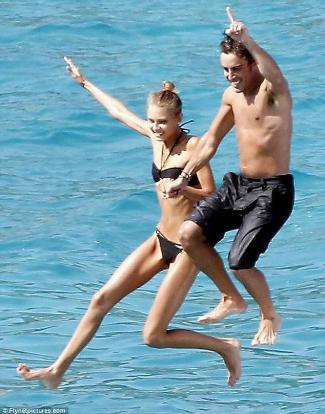 At the F1 German Grand Prix in Germany. This is an unfortunate photo for Fernando because he looks older than his age of 31 while his girlfriend is looking as fresh as a daisy that just bloomed. 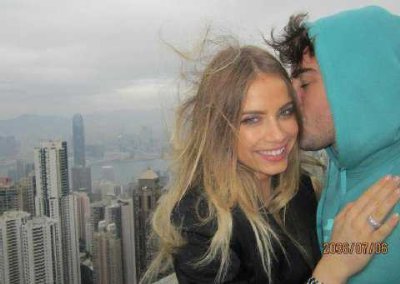 It is worth noting that Dasha Kapustina still has no profile in models.com which could mean that she’s just starting out in the modeling business. We won’t be surprised if she’ll immediately top the site’s list of Top 50 Female Models because she does have the looks of a supermodel.

Her relationship with Fernando will also boost her profile in the same way that the modeling profiles of Miranda Kerr, Bar Refaeli, Brooklyn Decker, and Irina Shayk benefited from their relationships with their famous boyfriends/husbands.

But enough with Dasha, let’s now focus on Fernando Alonso, shall we? Okay, we have some photos for those of you who are googling for his shirtless pics. Hey, look at what we found: Fernando and Lewis Hamilton sitting on a tree. 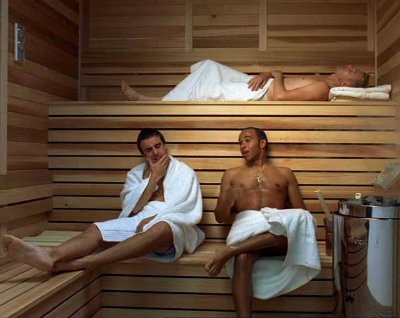 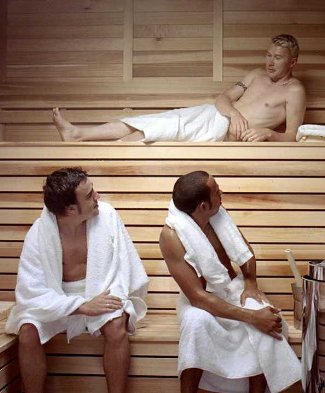 Imaginative minds would like to think that there must be something going on when three Formula One world champions are caught naked in a sauna but before your imagination runs wild, we’d like to tell you that these pics are actually part of an ad for Mercedes Benz. 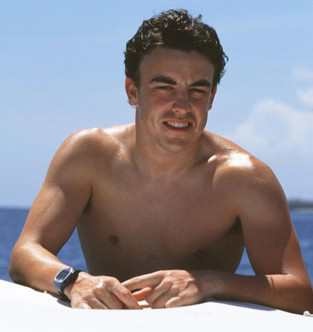 He’s looking good in his white muscle shirt, doesn’t he? 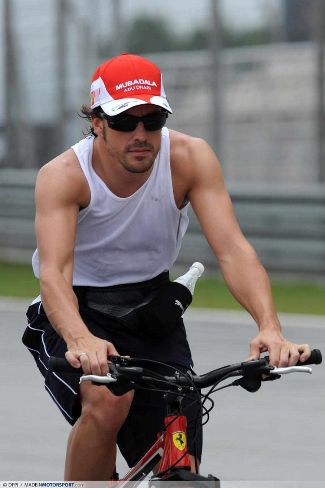 For more on Fernando, check out our post on Fernando Alonso’s Tag Heuer Watch.