Bryce Harper Shirtless, Underwear, Wedding, Family. Time for another hot baseball player and, in this instance, let’s blog about one of the cutest baseball players on Major League Baseball. We are referring, of course, to our ex-imaginary boyfriend Bryce Harper who currently plays for the Philadelphia Phillies.

Aside from being one of the cutest baseballers, Bryce is also one of the highest paid baseball players of the world after he inked a 13-year, $330 million contract with the Phillies. That’s a lot a moolah, its making us dizzy calculating the zeros. Haha.

Anyhoo, here are some shirtless and underwear photos of the 27-year-old slugger: 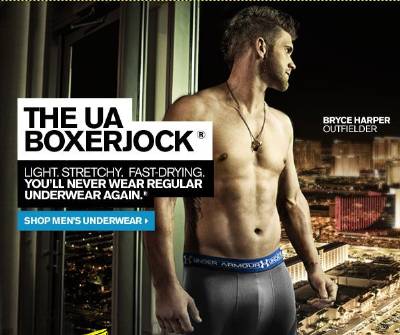 We already published the above in our post on Male Athletes in Under Amour but its to hawt to not re-publish it here again. Here’s another photo of the baseball hunk modeling Under Armour boxerjock. 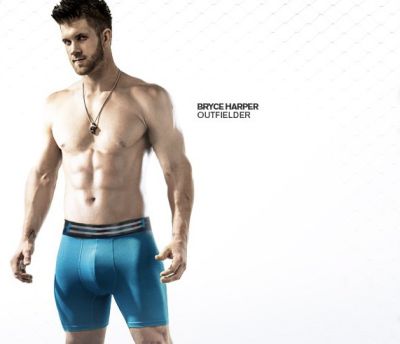 A shirtless Bryce on the cover of the ESPN Magazine’s Body Issue: 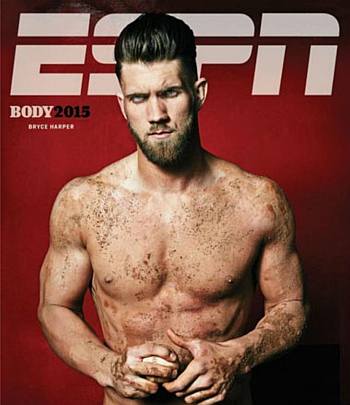 And here’s the baseball star getting prepped for his Body Issue photoshoot: 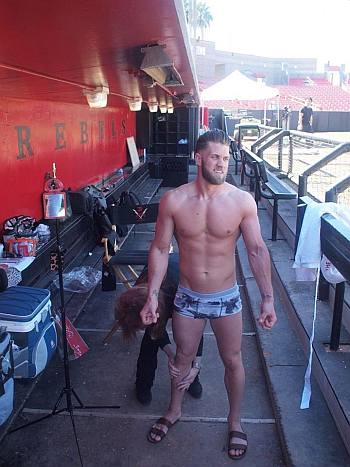 Bryce Harper Girlfriend or Wife? So, what’s the relationship status of this hunky athlete? Is he single and still available? Is he dating a girlfriend? Or did he tie the knot with a lucky girl?

The answer, clueless Famewatcher, is that he is very much married which is why we referred to him as our ex-boyfriend above because we think it is inappropriate to be boyfriends (no matter how imaginary it is) with a married man. Haha.

Anyhoo, Bryce and Kayla Varner tied the knot nearly four years ago in December 2016. Here’s a photo of the couple on their wedding day which we grabbed from theknotnews.com: 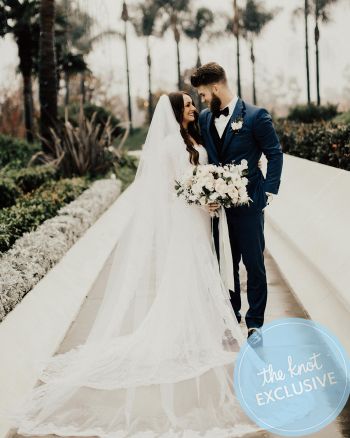 Bryce and Kayla are now raising a son together who was born last year. If you want more of Bryce, you should check him out on Instagram @bryceharper3.