Baskit Male Underwear Models: Hunks in Baskit Trunks. Is “Baskit” an awesome name for a male underwear brand or what? I must admit that its a very intriguing as well as a very visual name. It’s visual in the sense that when you hear “Baskit underwear” the thing that comes to mind would be eggs and meat and sausages in a basket. But then again, maybe we just have an over-active imagination. [Update: Sorry, we had to delete some photos referred to in this post.] 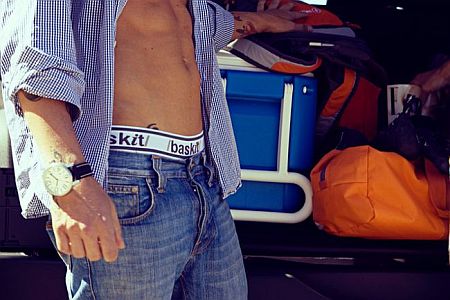 Anyways, what do you think of these male models? Pretty hot, eh? 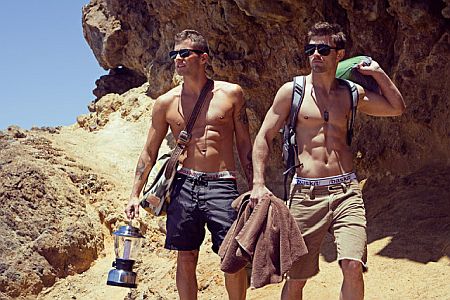 Baskit Underwear Male Models. Who’d have thunk that our idol Nick Youngquest will be modeling for Baskit Underwear? It’s what Kathy Griffin would describe as a gift from baby Jesus. We totally admire this man for his accomplishments on and off the rugby field. He’s a beautiful guy inside and out, no? Anyhoo, want to see him rocking more undies? Check out our earlier post on Nick Youngquest Underwear. 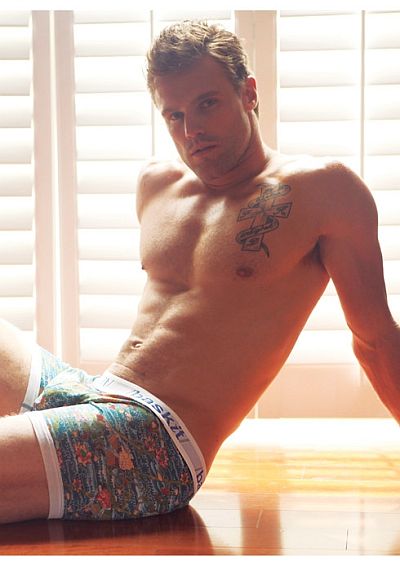 Want more male models in Baskit underwear? Well, here’s New Yorker Conrad Woolfe in a very interesting photo wearing a pair of thongs/jockstrap from the Baskit label. Woolfe is a model and go-go dancer who has an acting credit to his name having appeared in an episode of the highly-rated show, Law and Order: Special Victims Unit. Let’s hope he manages to snag more acting gigs in movies and television.

Caleb Gardner is a model from Colorado who headlined the Baskit ad campaign for 2010. Here’s our 20-something hunk in his blue Baskit boxer shorts.

Brazilian model Andre Ziehe is not a stranger to Famewatcher readers because we’ve been blogging about him for sometime now. [Check him out in his Otto slim fit shirts.] He’s looking oh-so-good in his briefs underwear, isn’t he?

The current spokesmodel for Baskit’s underwear campaign is this dude named Tim Baird. Apparently, he got the much-coveted gig as the Baskit frontsman through a model search via a social networking site called connexion.org.

Congratulations, Tim Baird. We hope make it further in the modeling world and that we see more of you in the future.