ASAP Rocky Gay or Girlfriend, Shirtless, Underwear Photos. Is ASAP Rocky gay or straight? He is straight. However, early in his career, he was photographed in this kinda intimate picture with another dude which sent many gaydars pinging. 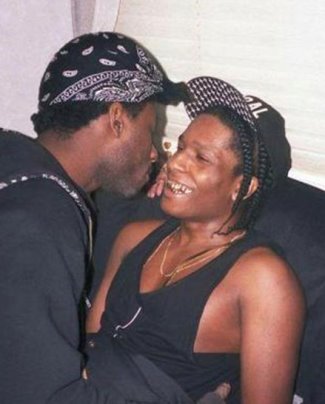 Here’s Hip Hop Morning’s take on the above photo: “This new picture is raising eyebrow to whether the Death Row artist is gay or bi. We do know that he likes taking pictures with white girls and grabbing a chuck of Rihanna’s butt on television (Chris Brown got jealous though), so he’s into women. However, this h*m* picture suggest that he might be into guys too. SMH dude got his eyes close too.”

What do you see in the picture? To us it’s just two people talking close to each other. They may be too close in your eyes but we have different personal space boundaries. Is the photo a proof of gayness? Nah, not at all. To us, the proof would be if they are swapping spit. So call us if you see our rapper making out with another dude.

Anyhoo, although he is a straight dude, ASAP Rocky is supportive of the LGBT community. During a 2013 NY Daily News interview, he had this to say about gender equality:

For instance, one big issue in hip-hop is the gay thing. It’s 2013, and it’s a shame that, to this day, that topic still gets people all excited. It’s crazy. And it makes me upset that this topic even matters when it comes to hip-hop, because it makes it seem like everybody in hip-hop is small-minded or stupid — and that’s not the case. We’ve got people like Jay-Z. We’ve got people like Kanye. We’ve got people like me. We’re all prime examples of people who don’t think like that. I treat everybody equal, and so I want to be sure that my listeners and my followers do the same if they’re gonna represent me. And if I’m gonna represent them, then I also want to do it in a good way.

ASAP Rocky Girlfriend? Tabloid reports suggest that he is dating model Tina Kunakey. Here’s a photo of the two, who appears to be on a date, taken by the papz. 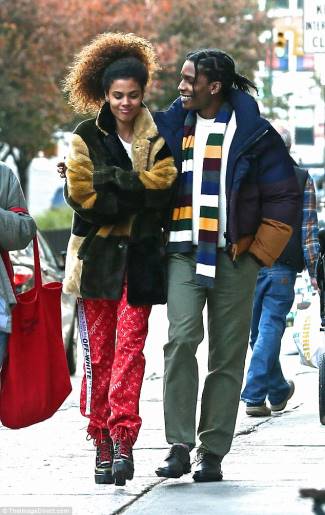 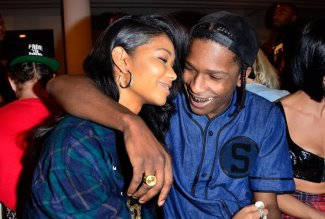 ASAP Rocky Underwear and Shirtless Photos. This is for those of you who are fans of male celebrity underwear. Let us check out the brand of underwear he prefers, shall we? First, here’s our rapper wearing a Fruit of the Loom: 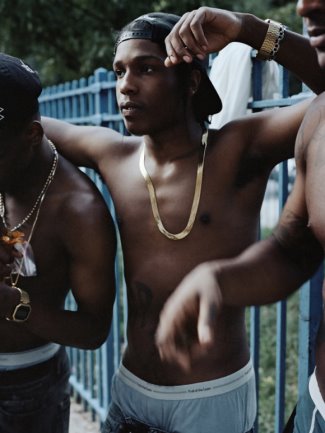 Did you know that there’s an underwear brand called Supreme? Now you know, thanks to ASAP’s peekabo underwear. 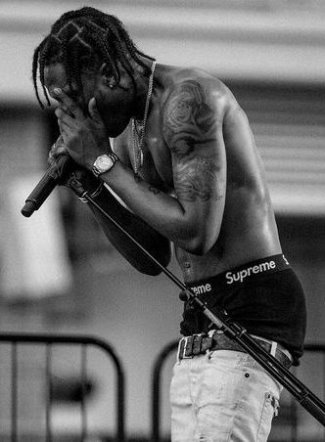 As you can see in the next photo below, he is also a fan of Calvin Klein undies. 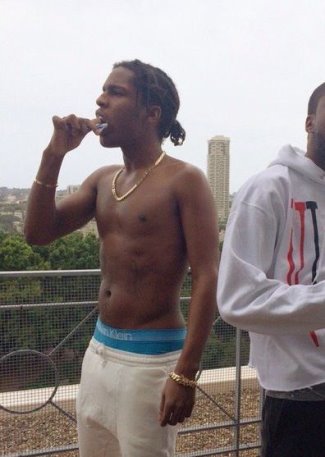