Anthony Mackie Shirtless (2020 Update). Anthony is now playing Takeshi Kovacs on the second season of the Netflix sci-fi drama series Altered Carbon. The second season is scoring well with critics (85% fresh on Rotten Tomatoes) so you should go check it out. Anyhoo, here are shirtless photos of the actor from the show. 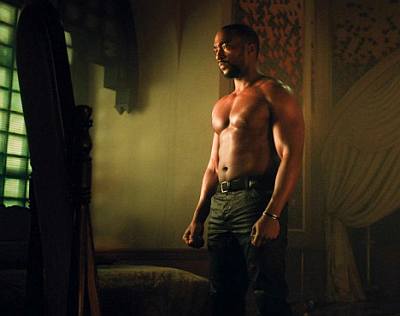 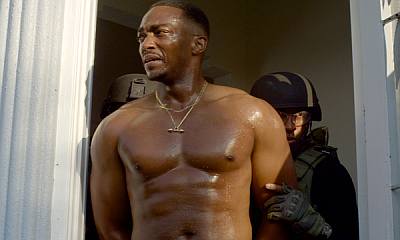 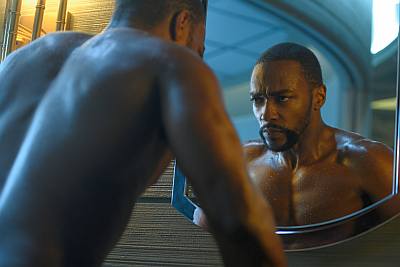 …..
Anthony Mackie Shirtless: Body Workout, Gay Role, Girlfriend (19 July 2014). Did you buy Anthony Mackie as Falcon in Captain America: The Winter Soldier? We soo did! He was great in the role as Sam Wilson/Falcon and we hope to see more of him as a badass flying superhero.

Anthony Mackie Shirtless. Before he became the first black superhero, Anthony played a gay man in the 2004 movie, Brother to Brother. These shirtless photos are from said movie. 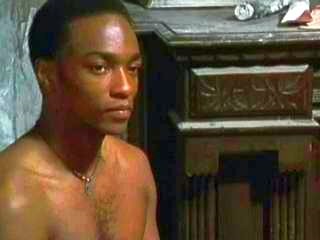 In bed with co-star Alex Burns. 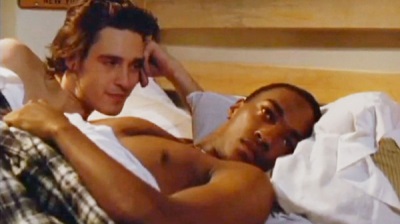 The poster for the movie featuring Perry (Anthony Mackie) and Jimmy (Alex Burns). 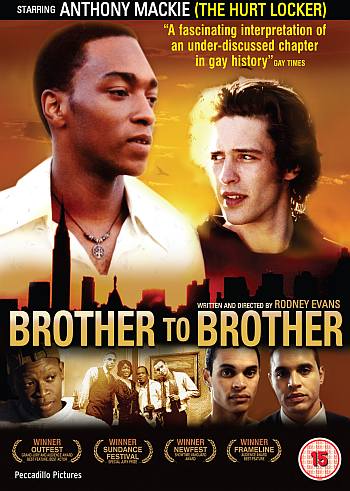 And here’s another shirtless photo of Anthony which we grabbed from theatermania.com (photo by Jean-Marie Guyaux). Apparently, our talented actor did some theater work before he made it to the movies. 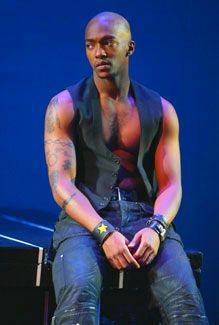 So he was convincing playing a gay teenager, is Anthony Mackie gay in real life? Nah! He is straight. In fact he is reportedly engaged to long time girlfriend Sheletta Chapital. Here’s a photo of the lovebirds during a red carpet event. The two have a five-year-old son. 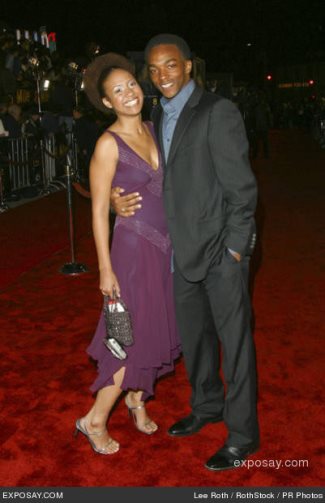 Anthony Mackie’s Falcon Workout: How did Anthony prepare himself physically to play the role of a superhero? Well unlike the 2013 movie Pain and Gain where he bulked up because he played a bodybuilder, Anthony went for the lean look in Captain America.

From gosanangelo.com: “I didn’t want to get too big for the Falcon so I’ve been doing a lot of cardio and just elongating my muscles as opposed to building them up. … A dancer, you have those long, lean, beautiful lines, those long muscles — that’s what I was going for with the Falcon.”

But he did still hit the gym to be as buff as Captain America.

He told Vulture: “You know, if you’re a part of the Marvel universe, you have to be pretty consistently in shape because the movies shoot and rotate so quickly. Chris is a good friend of mine and I’m super competitive, so when I see him built like a Greek statue, I’m like, ‘You know what, Captain Small-Ass? If you’re gonna work out every day, I’m gonna work out every day, too.’ My whole goal was to get as buff as he was.”

We can’t find what his specific workout routine was for Falcon but we’ll update this post if we find it. That’s it for now fellow FalconWatchers.