Andy Samberg Shirtless and Underwear Photos: Hipster Heartthrob. Elle Magazine called actor/comedian Andy Samberg a “hipster heartthrob” and we think it is a indeed a very apt description for the 34-year-old Saturday Night Live (SNL) cast member. Let’s call him King Hipster Heartthrob and we’re pretty sure no one will wrest his crown for a long long time. 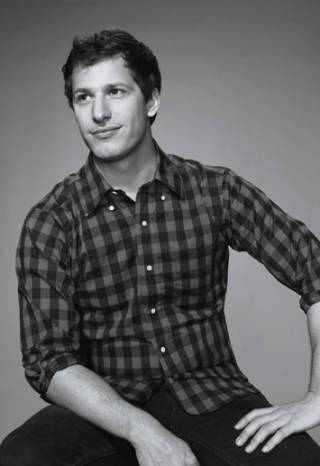 But he can chose to relinquish a crown if he decides to settle down with current girlfriend, musician Joanna Newsom. Should that happen, Samberg may still be a heartthrob but he will no longer be a hipster because, in the words of Hipster Jew, “Hipsters don’t need no stinkin’ marriage”. So there, once our Andy gets married he’ll no longer be King Hipster Heartthrob! 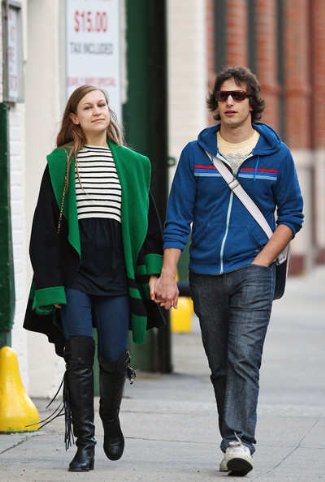 But that’s enough speculation about Adam’s hipsterness and possible marriage plans. Since the month of January is all about Male Celebrity Underwear here at Famewatcher, let’s check out how Andy looks like in his underwear, shall we? Check him out in his Speedos for Shark Week. 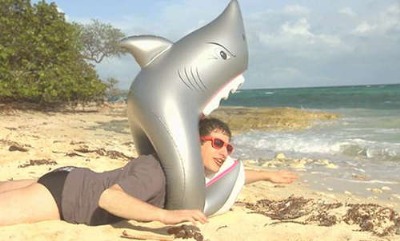 In a pair of yellow boxer briefs from the BBC Three comedy series, Cuckoo. We kinda did not like his character in this show. He was entitled and annoying. 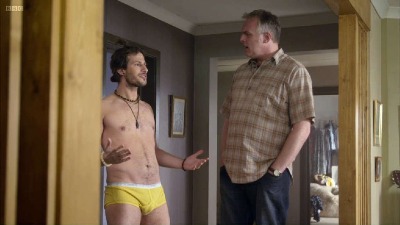 White Y-Front briefs underwear from the 2007 movie, Hot Rod, where our Adam plays the role of the lead character, Rod Kimble, an aspiring Hollywood stuntman with daddy issues. 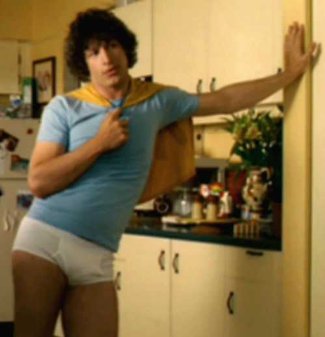 A strategically-placed empty bottle of beer is not able to hide Andy Samberg’s bloody red briefs. Pic is from an episode of the Sarah Silverman Program. 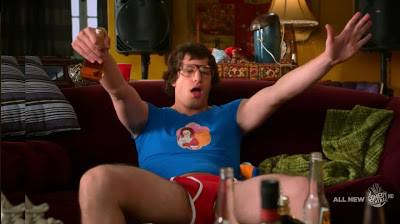 Last but not the least, here’s Andy with his The Lone Island pals, Akiva “Kiv” Schaffer and Jorma “Jorm” Taccone. Why are they in their white underwear? You gotta watch their videos to find out why. Haha. 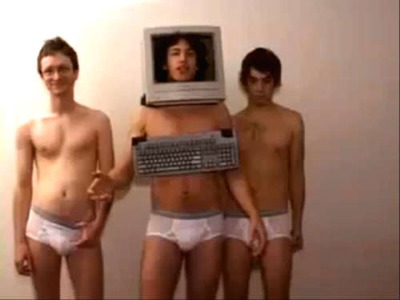 Update: Hey look, here’s our Andy as Brooklyn Nine Nine’s Jake Peralta dropping his trou to show us his colorful briefs underwear. By the way, we originally referred to him as Adam. Thanks for the commenter who corrected us. 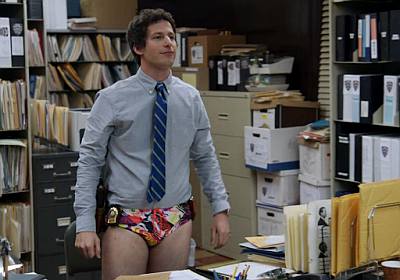