Ben Affleck Hair Transplant? Did Ben Affleck undergo a surgical procedure to enhance how his crowning glory looks like? Or does he wear wigs? Those who claim that the Hollywood A-Lister had a hair transplant to hide a bald spot point at the images below as evidence that Ben did have a hair transplant. [Wanna see more of Ben? Check out these Ben Affleck Underwear Photos.]

The pics, for those of you who are date-conscious, were taken in December 2008 when been went on a grocery shopping trip with wife Jennifer Garner. 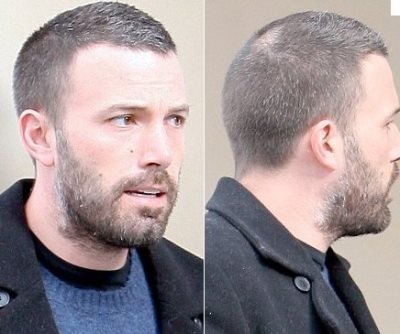 Fast-forward a year later when Ben was directing his hit movie, The Town, and this is what he looked like: 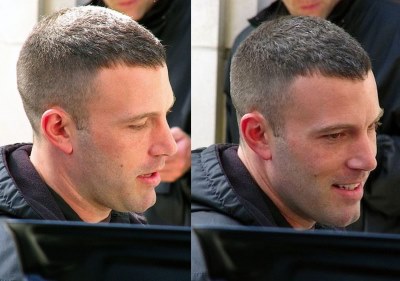 Two more photos from a different angle which may or may not indicate a Ben Affleck hair transplant procedure: 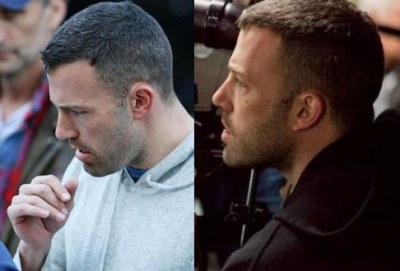 There sure ain’t no more bald spot on Ben’s head, but is it proof that he had a hair transplant? We are inclined to be generous and think that he simply suffered some stress-related temporary hair loss in December 2008 (his wife was pregnant then) and that his hair eventually grew back.

But that’s us being generous. What do other people say about the mysterious appearance and subsequent disappearance of Ben’s bald spot?

Here’s the take of baldingcelebrities.com which we agree with because they reach the same conclusion as ours that the actor’s hair eventually grew back:

He has probably either used medication like propecia and minoxidil, covered it with a concealer like Toppik or Dermmatch, or most likely a combination of both.
…
My personal theory on Mr. Affleck is that he may have employed a hairpiece in the early 2000s for certain roles while taking treatments for hair loss. As those treatments started taking effect, his hair loss was stopped to the extent that a wig was no longer needed, and what you are seeing now is his natural hair.

That’s it for now, fellow HairTransplantWatchers!