Andy Murray Underwear: Boxers or Briefs? What kind of underwear does Andy Murray wear? Boxer shorts or briefs? If we look at his underwear photos, it seems like the answer is that he neither prefers boxers nor briefs. Instead, he likes boxer briefs which is a combination of the two. 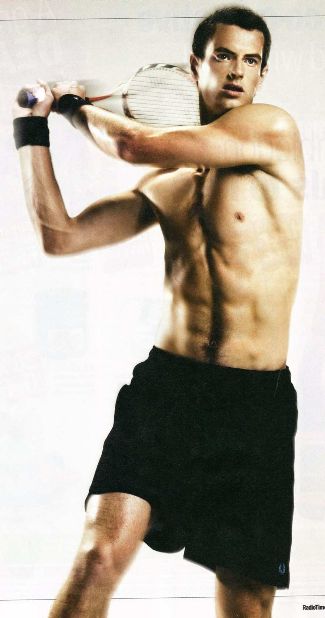 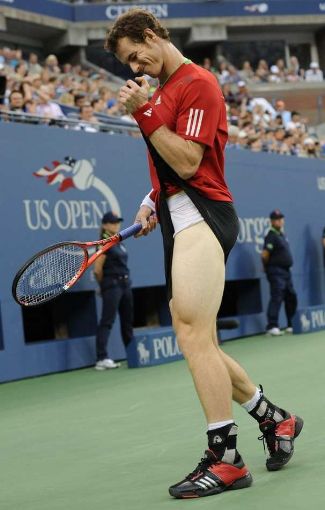 Another pic of the U.S. Open champion and London 2012 Olympic gold medalist wearing a pair of white boxer briefs. Nice, no? 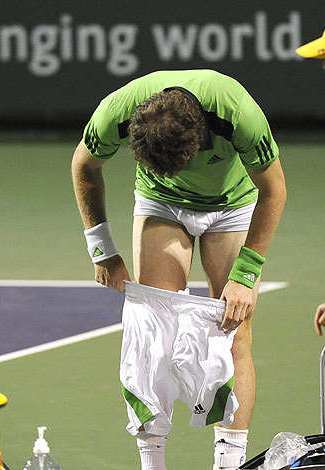 Looking at these underwear pics of the newly minted U.S. Open winner makes us wish that his clothing sponsor Adidas (which unceremoniously dumped Novak Djokovic in favor or Murray) will make him wear the skimpy Adidas swimsuits we saw the British divers wear in the London Olympics (see British Sexy Diving Hunks in Swimtrunks).

Should this happen, Murray’s Hawtness Rating will skyrocket. Currently, he is outranked in our Famewatcher Hawtness Meter by the likes of Fernando Verdasco (see Fernando Verdasco’s Underwear by Calvin Klein), Novak Djokovic who modeled underwear in a Montreal fashion show and Speedos in a Vogue Magazine photoshoot (see Novak Djokovic Underwear), and Rafael Nadal who has a whole Armani underwear campaign to boast of.

So what about it Adidas? What about planning an Adidas swimsuit campaign headlined by our Andy? You flubbed your chance with Djokovic, now do it right this time with Murray. 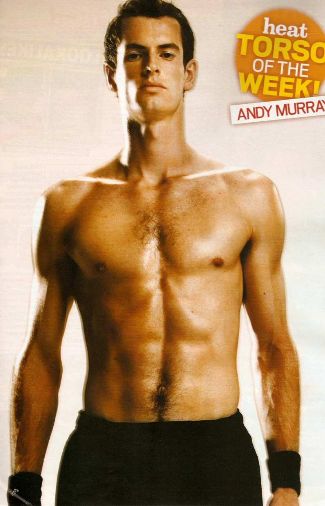 Can you imagine Murray in a skimpy Adidas swimsuit? He’s got the body for it, ya know?

By the way, Deena is arguing that an ad campaign featuring Andy Murray in an Adidas swimsuit would not be a good fit because, to quote her words, “he ain’t no swimmer or a diver or a water polo and why in hell would he be wearing a swimsuit and it would be like putting an emu on top of a eucalyptus tree” to which Kevin answered, “Duh. The world of advertisements is as much a make believe world as your favorite movies.”

We, of course, agree with Kevin on this one. What about you? Do you think it would be good to see Andy in his Adidas swimsuit? While we are waiting for that to happen, here’s Andy lifting his U.S. Open trophy in Central Park. 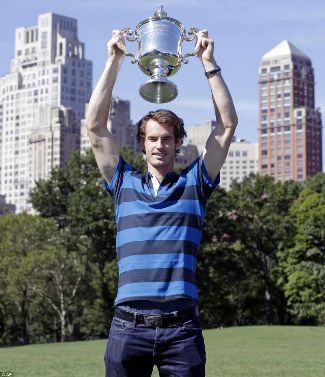 His underwear can’t wait to get out, no?