Jesse Luken Shirtless, Underwear, Gay or Straight, and Girlfriend. Today in men in Spandex, we bring you this delightful photo of Star-Crossed stars Grey Damon and Jesse Luken. Don’t they look hot in their fabulously tight Speedo swimwear? Yay. 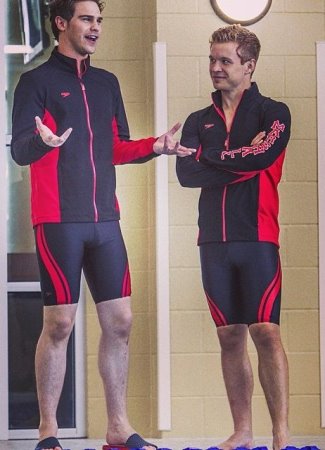 For those who are wondering where we grabbed the above photo, well our Jesse shared it on Instagram (which you might want to follow at @jesseluken) with the following message: “Discussing who rocks a speedo better with @greydamon”.

Well, they both rock their Speedos, so we’d call it a tie. What about you fellow Famewatcher? Who rocks his Speedo better in the above pic, Grey Damon or Jesse Luken?

Jesse Luken Shirtless Photos. This section is for those of you looking for Jesse Luken shirtless pics. 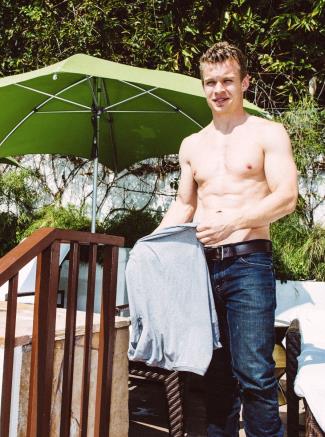 Here are some Jesse Luken underwear and shirtless pics. 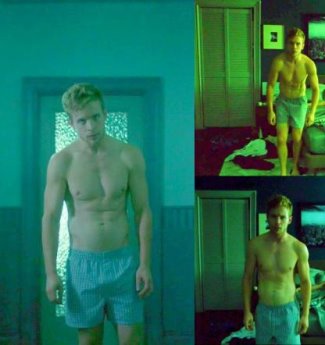 Jesse Luken Gay or Straight? We grabbed the above underwear photos from The Magicians where our Jesse plays a gay character who makes out and, to rephrase the quote in the pic below, “totally had s*x” with Hale Appleman. 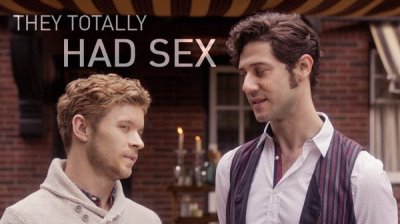 Here are the Mike (Jesse Luken) and Eliot (Hale Appleman) kissing scenes that people are talking about. 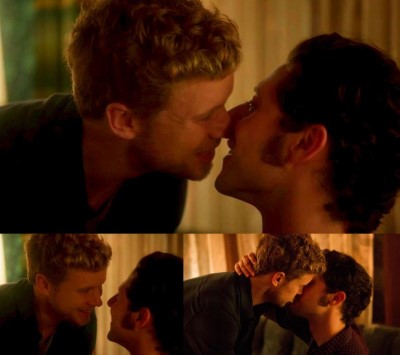 So is Jesse Luken gay or straight in real life? Well, we don’t know. But you gotta be very straight and comfortable with yourself if you are going to Instagram the next photo below. Hehe. 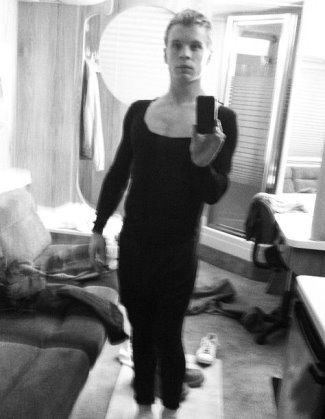 Jesse Luken Girlfriend. According to our friend Deena, Jesse is straight because he dated (or is still dating) actress Maya Stojan. Here’s a pic of the two attending the premiere of the 2015 film Winning: The Racing Life of Paul Newman. 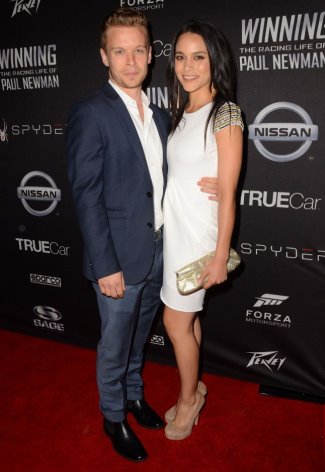 The two also posed for this intimate photo taken by photographer Brad Everrett. 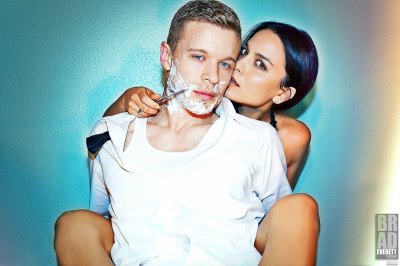 Let us end this post with more Jesse Luken underwear photos from The Magicians, shall we? 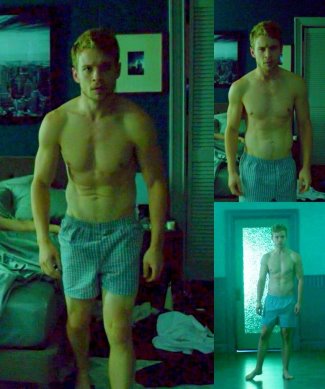 So that’s it for now, fellow Famewatchers.