Ali Campoverdi Maxim Photos. Didn’t we say that Jon Favreau is lucky? But Ali, who told Maxim in an interview that she’s looking for a passoniate guy, is lucky too because who could be more passionate than the man behind President Obama’s passionate speeches. To paraphrase the Prez, “They are the ones they’ve been waiting for”.

So what do you think of these Ali Campoverdi Maxim photos? We apologize for reducing the size. Hehe. More about Ali from Maxim:

Where you’ve seen her: As a “million-dollar girl” on NBC’s For Love or Money. Catch the Cali-born stunner as a piece of military arm candy in the upcoming Howard Hughes biopic The Aviator and as a vampire hunted by Keanu Reeves in Constantine.

Fired up: “I was actually a finalist for The Apprentice. I didn’t get on, but a few months later NBC called and asked if I wanted to be on a dating show. Yeah—I would’ve kicked ass on that show! Go ahead and call me, Trump!”

Grim Reaper: “Anyone who says they don’t have a dark side is lying or just not interesting.”

…..
Jon Favreau and Ali Campoverdi Sitting on a Tree (26 January 2009). The cutie pie presidential speechwriter that we call our imaginary boyfriend has got himself a Maxim model. Awwww! We admit we are jealous but we are also happy for him and for her. 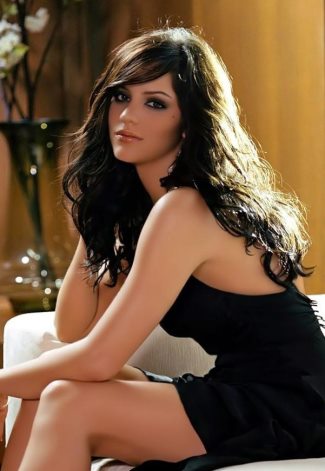 Gawker, the queen of all gossip, is reporting that presidential speechwriter Jon Favreau and White House aide Ali Campoverdi (yup that’s her posing for Maxim Magazine) are an item. How cute. Good for both of them. Methinks the Commander in Chief will approve of this match-up. 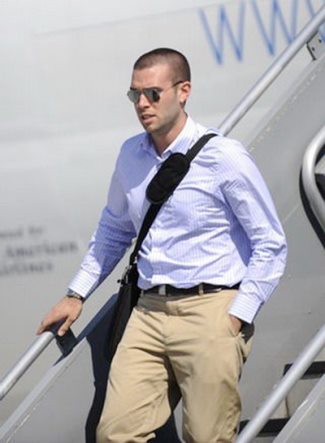 Deena sez: Everyone is talking about the girl because of her Maxim photos but Jon is totally shaggable too. Seriously, am I the only one who wants to get in them khaki trousers?