Gael Monfils Gilles Simon: Gay Lovers or Just Tennis Bros. Hey look, Gael Monfils and Gilles Simon are having a French kiss. No, it isn’t that kind of French kiss you pervert. It’s just your regular hugging and pecking between these two French tennis stars when Gael retired during their match at the Austalian Open. Too bad. I really like the way he plays. He’s very entertaining and is an all-around player so he’s a joy to watch. 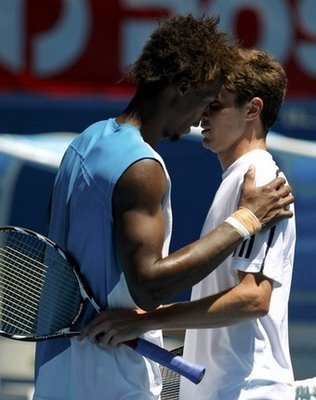 I also love that other French dude Jo Wilfried Tsonga. That man is a hunk. Hope he spanks that Spanish boy again. 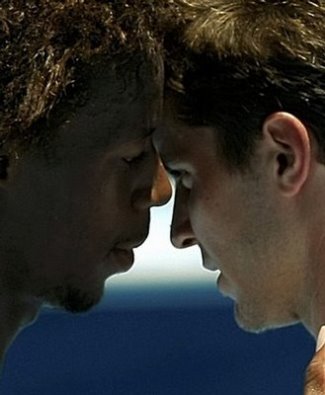 For those of you who want more of that kiss between Gael Monfils and Gilles Simon which sent everyone asking whether they’re an item. We think they’re just friends, who care about each other. 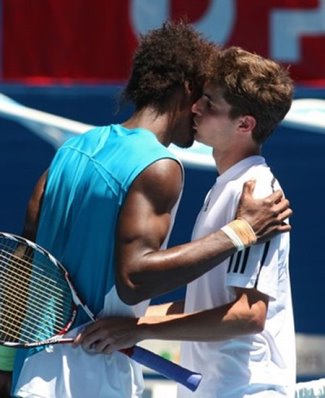 Seriously guys, if these two are an item, do you really think they’d risk becoming victims of homophobia with a very public display of man-to-man affection?

Gael Monfils Gilles Simon Bromantic Photos. You thought we’re done posting photos of Gael Monfils and Gilles Simon? Well, you are mistaken. Hehe. And the reason why we are not done is 1) because lots of you want more, more more and 2) because our French tennis stars just keep on givin’.

Anyhoo, here are more pics of Gael and Gilles: 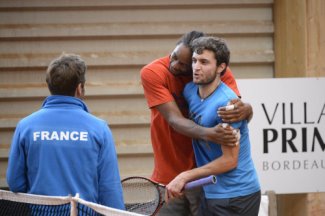 Do these two have the closest bromance in tennis history or what? Or can you think of any other tennis players — whether still active or retired — who displayed an equally bromantic relationship as these two?

The now retired Marat Safin and the seemingly inactive Dmitry Tursunov were bromantic, according to Dima’s stories anyway, but we don’t have photos to ogle at. Hehe. 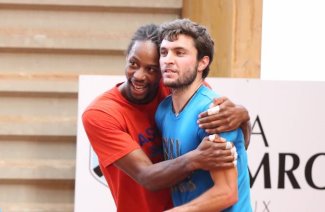 Aww. How cute! Who doesn’t want to join the above hug? 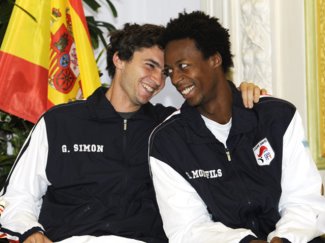