Yolanthe Cabau Wedding Dress and Wesley Sneijder Groom’s Suit. Fairytale inspired wedding gown for Dutch celebrity Yolanthe Cabau van Kasbergen who recently tied the knot with cute and hunky footballer Wesley Sneijder. Yolanthe’s wedding dress is much better than her groom’s wedding suit, no? If you remember, Wesley’s suit was cattily described by the Daily Mail as “breathtaking for all the wrong reasons”. 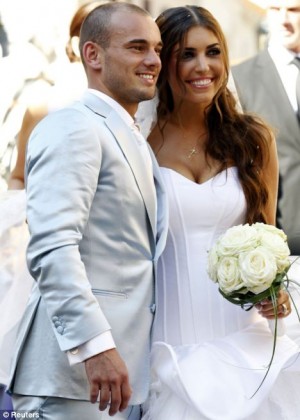 Be that as it may, the couple look good together in these wedding photos. 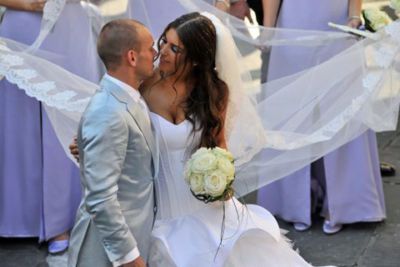 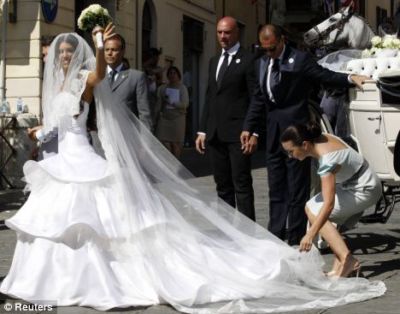 Scary albino snake. Why is Dutch beauty Fatima Moreira de Melo carrying the snake like that, ewww. We’re scared of dem snakes. Props to her for being braver than us.

Aside from modeling, Fatima is also an accomplished field hockey player. According to wikipedia, she has played 191 international matches for the Dutch national team and has scored 30 times. Fatima is a member of the Dutch team which won the Olympic gold medal for field hockey during the 2008 Beijing olympics. 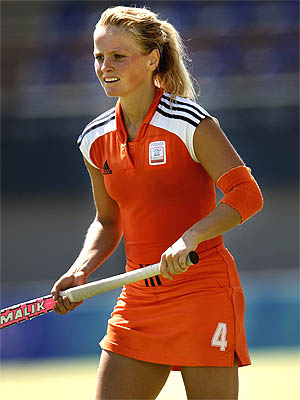 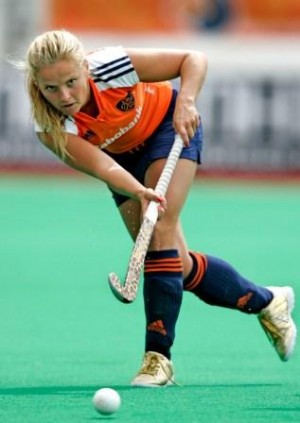