Anyhoo, here’s a list of Hot Male Models Who Are Rocking Their Tighty Whities Underwear (or, as Deena insists on spelling it, Tighty Whiteys Underwear). What white briefs underwear brand or label is your favorite? And who of these guys would you bring home to mama? Tell us in the comments section.

Mariano Ontañon looking hawt in his tighty whiteys. Is he Hispanic, South American, or Portuguese? For a while there, we thought he is James Franco!

Tyler Maher in a photoshoot for Attitude Magazine. What tighty whities underwear label is he wearing? That, fellow Famewatcher, is a DSquared2 briefs! Photo by Daniel Jaems. 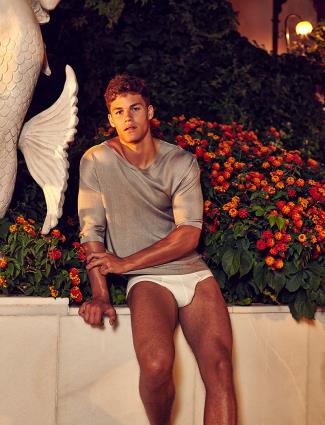 If Marvin looks familiar, its because you saw him on Tyra Banks’ modeling show, America’s Next Top Model: Guys and Girls. He actually did good on ANTM and, if we are not mistaken, he made it all the way to the finals but didn’t win. Either he placed third or was the runner-up. Nice to see that Marvin is pursuing his modeling dream.

The dude in the center is university professor and male model Pietro Boselli. You probably know him already because his photos broke the internet when one of his students shared Pietro’s photos on Facebook after said student realized that his math professor is also a male model. Pietro’s modeling career has since skyrocketed! Good for him!

Finally, Daniel or the third guy on the right is a male model from Australia.

Our next tighty whities underwear model is Danish model Simon Hamidavi-Moestrup. He sure is rocking his  tank top shirt and white briefs below. 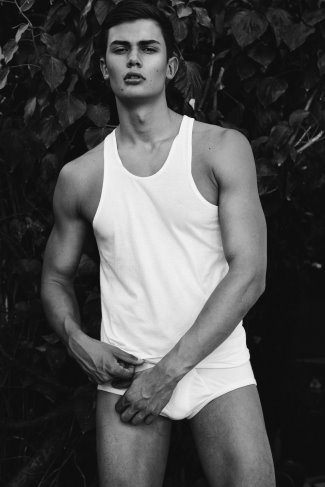 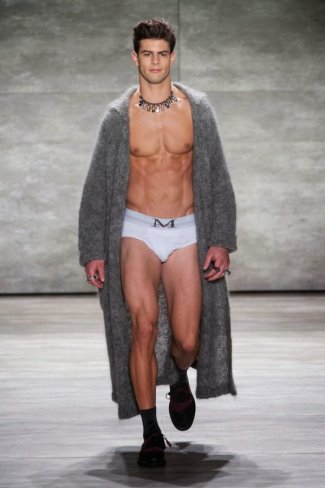 So, Famewatchers, which of these tighty whitie underwear model is your favorite?