Thomas Gibson Cancer Fan Concerns and Other Stuff. One of our television crushes back in the 1990s is Dharma and Greg’s Thomas Gibson. He’s cute, he’s fun, he’s lovable, he’s hot. So we were alarmed when we watched the video above (he’s talking about his photography hobby) because he just does not look well.

We thought it’s simply a matter of him not aging well but others across the internets have expressed alarm about whether Thomas is sick of something. Watch this video and tell us what you think.

Thomas Gibson Cancer: Is He Sick of Cancer? Here’s what some others are saying:

I just watched the premier of the current season (Criminal Minds – ed). With a beard, you couldn’t really tell if Tom looked sick, but in some of the scenes, his face is so gaunt he looked like a cancer victim. Would Hollywood own up to his real sickness, if he’s sick?? Or, do they just want us (fans) to guess? If I didn’t know better, I’d say he looks as sick as Patrick Swayze did when he first owned up to having cancer. I love Criminal Minds and think Tom is doing a fantastic job, so I sure hope I’m just seeing things with his super gaunt look – If you are sick, all your fans are pulling for you, Tom! — Phoenix, Port Orchard, WA, (from Yahoo Answers)

Re: Weight Loss of Thomas Gibson
I thought the exact same thing! Its a drastic weight loss! I’m hoping its to show the stress on the character of Hotch and that Thomas isn’t sick. Something is going on though. If its to show something with Hotch, it will probably be addressed in the next episode. — melissar86 (from IMDB forum)

We are with our fellow fans who are hoping and praying that there’s nothing wrong with his health and that there’s no Thomas Gibson cancer scare at all.

Now, fellow Famewatchers who are not very familiar with Thomas, here are some trivia you should know about him:

He is actually Tom Cruise’s twin. Gotcha! That’s actually a joke. But the two Thomases were actually born on the same day, 03 July 1962. They went on to co-star in the 1992 movie, Far and Away as well as in the 1999 film Eyes Wide Shut although Gibson’s role in the latter movie is not as substantial as in the former. Here’s a mustachioed Thomas Gibson as Stephen Chase in Far and Away. 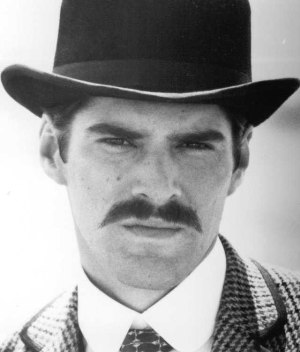 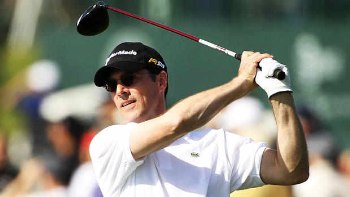 Is Thomas married? Yes, he is. He’s married to Christine Gibson. They met in Paris, got hitched in 1993, and they now have three children. Check out Thomas and Christine and one of their boys. 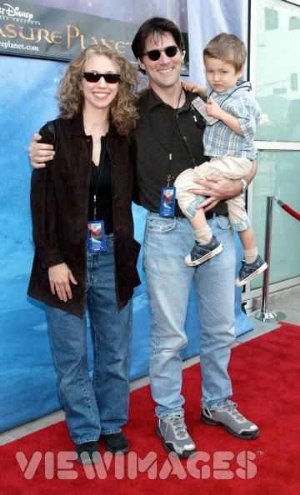 To date, Thomas has 49 movie/TV titles to his name. Since 2005, he’s one of the leads of the CBS top rating show, Criminal Minds. He’s the male lead in Dharma and Greg (where we fell in love with him) and prior to that he was in Chicago Hope.

Aside from Eyes Wide Shut and Far and Away, other movies Thomas starred in include Love and Human Remains (1993) where he stripped to his white boxer shorts (yay!). Want more men in boxers underwear? 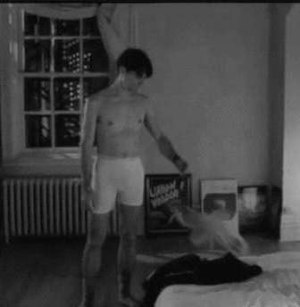 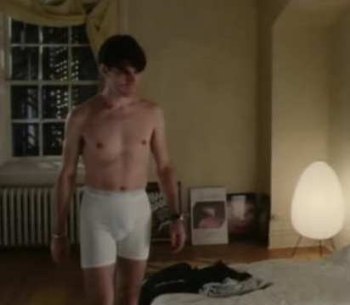 He’s the 2010 “Under-appreciated Entertainer of the Year” winner. In an online celebrity face-off organized by Entertainment Weekly, Gibson beat all pretenders to the title. It was no-contest really cause he easily beat his opponents enroute to the title. Way to go, Thomas!