Skin Whitening Cream for Men: Good or Bad? We human beings really are an unsatisfied lot, aren’t we? Big girls want to reduce their weight or height. Small girls wish they are bigger or taller. Guys with small Ds want to have big ones. White guys want to go dark. Dark guys want to go whiter. And the grass is always greener on the other side of the fence. 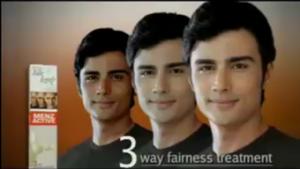 Here’s a CNN report about a very recent controversy unleashed by a commercial promoting skin whitening cream for men. From CNN: “Cosmetic advertisements in Asia are targeting men with blunt campaigns aimed at skin color that one lawmaker labels racist.”

So what exactly happens in the advert that has generated controversy?

CNN goes to the details for us: “In one TV commercial, two men, one with dark skin, the other with light skin; stand on a balcony overlooking a neighborhood. The dark skin guy turns to his friend and says in Hindi, ‘I am unlucky because of my face’. His light skin friend replies, ‘Not because of your face, because of the color of your face’. Suddenly the light skin guy throws his friend a cream. It’s a whitening cream.”

Are ads like the one described racist? We are not sure. If it is okay for tanning salons to advertise that you go darker – and consequently more beautiful or more handsome or more desirable – when you tan, do you label them with the “R” word? What about those who sell whatever products that turn white people into a darker shade? 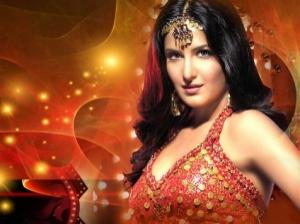 Says Katrina of her skin whitening cream endorsement gig: “Be it a skin, hair or a jewellery product, I am very selective about the brands I endorse. I undertake extensive research on the company and try to ensure that the brand delivers on its promises made to the user of the product.”

Katrina was born in Hongkong (as Katrina Turquotte) to a British mother and a Kashmiri father. She lived in Hongkong, Hawaii, the UK and, of course, India. She started modeling when she was 14 and joined the world of cinema in 2003. She is, as earlier mentioned, currently one of the hottest stars of Bollywood.