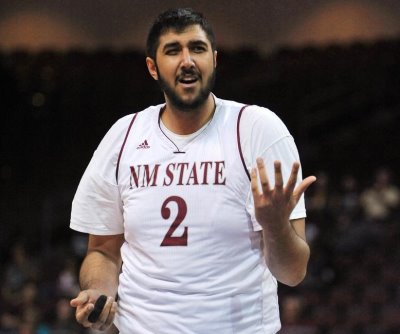 Famewatchers, meet Sim Bhullar. He’s making history as the first basketball player of Indian descent to play in the National Basketball Association. Because of this, the NBA powers-that-be are keeping their fingers crossed that the giant rookie – he stands at 7 feet, five inches – will help the NBA become popular in India in the same manner that Yao Ming popularized the game (and the league) in China.

More about Sim Bhullar’s impact on the game from Global News Canada:

Sim Bhullar is making a name for himself by becoming the first player of Indian descent to sign a contract with an NBA team.

The seven foot five inches tall, 360 pounds centre recently signed an undisclosed contract with the Sacramento Kings and says the accomplishment has already garnered a lot attention for the sport of basketball in India, a country where cricket is king.

“I think, probably close to a million kids already started playing basketball because of that, I got messages on Facebook saying kids, just all over India have started picking up basketball and stuff so that’s pretty crazy.”

How will the big man fare on the NBA? The American Bazaar looked at Sim’s playing history and suggests he will do “pretty well” in the big league:

Apart from being a trailblazer, how good is the Indo Canadian? His school and college records say he should do pretty well in NBA.

At the Kiski School near Pittsburg, which he attended during the 2009-2010 school year, Bhullar averaged an incredible 26 points, 24 rebounds and 11 blocks, a triple-double.

Near the end of 2010, he withdrew from Kiski and transferred to Huntington Prep School in West Virginia where he dropped his weight from nearly 370 pounds to 330 pounds.

At New Mexico State, Bhullar averaged 10.1 points, 6.7 rebounds, and 2.4 blocks during his freshman year. He improved slightly during his sophomore year and led New Mexico State to the NCAA tournament. He won the Western Athletic Conference MVP awards in 2013 and 2014.

By the way, Sim is not the only guy in his family who knows how to play ball. His younger brother, Tanveer, is a college ball player too. He currently plays for New Mexico State. Here’s a pic of the Bhullar brothers. 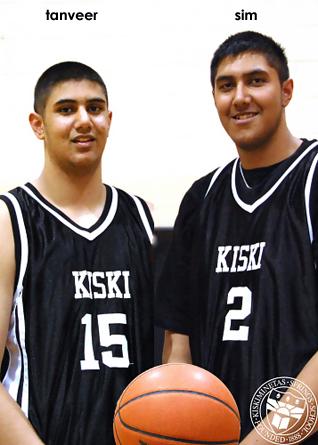 And here’s a video compilation of the brothers playing ball back in 2010 when they were still in high school:

Sim Bhullar Salary. How much money will Sim Bhullar make as a Sacramento Kings rookie? If he makes the roster, he is guaranteed the NBA minimum salary for rookies which is $507,366. Not bad, eh?

Sim Bhullar Girlfriend. Does he have a girlfriend at the moment? We can’t find any info about that on the internets but it looks like he is single and available. Ladies, what are you waiting for?