Scaredy Kat Girlfriend, Out of Drag, Age, and Real Name. One of the biggest revelations on the first episode of Rupaul’s Drag Race UK is that one of the queens — Scaredy Kat — is actually a straight guy and that he has a girlfriend.

When Scaredy made the revelation, our friend Deena rolled her eyes in disbelief and was like, “Yeah, right!” Our niece Sheila, on the other hand, was more credulous and went, “Maybe she is telling the truth but we gonna find find out who the girlfriend is.”

Well, Sheila, you are not the only one who’s curious about who the girlfriend is because the UK queens themselves immediately asked Scaredy about who she is. Our Wiltshire queen goes on to reveal that her girlfriend’s name is Pussy Cat.

Okay, we will eventually go look for more information about and probably some photos of this Pussy Cat but before we do that, we gotta give props to Scaredy for winning the photoshoot mini-challenge. As the youngest (19 years old at the time of shooting) as well as the least experienced in the bunch, Scaredy sure is justified in saying that “maybe you don’t need loads of experience to do this”. Of course you don’t, Scaredy Kat. Exhibit A in the American version: Shangela in Season 2. Exhibit B: Valentina in Season 9. And many others we are too lazy to list.

But going back to the Scaredy Kat girlfriend, well, it turns out that she is not a mythical figure at all but her name is spelled Pussy Kat (not Pussy Cat which we initially thought) which makes sense given that her beau spells his drag name with a K. Anyhoo, here’s a pic of the lovebirds which we grabbed from Pussy Kat’s Instagram account (follow her at pussykatofficial_): 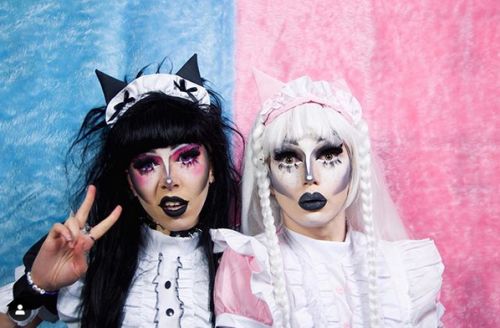 Pussy Kat is a bioqueen as her boyfriend mentioned on the show but here she is out of drag and modeling her boyfriend’s merch. 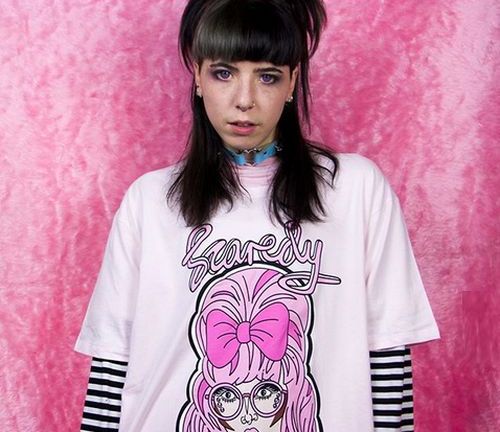 Scaredy Kat as a Boy Out of Drag. For those of you looking for Scaredy Cat’s boy look. Check him out doing a cat stretch in this screencap we took from his WOW Presents video. Apparently he is a ginger. 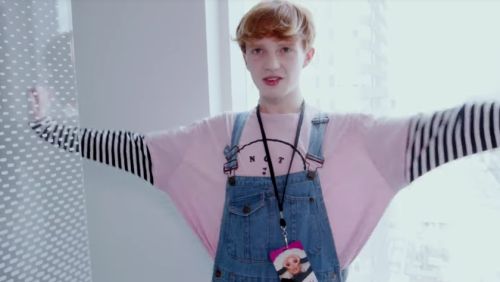 Another boy look from our Wiltshire queen. 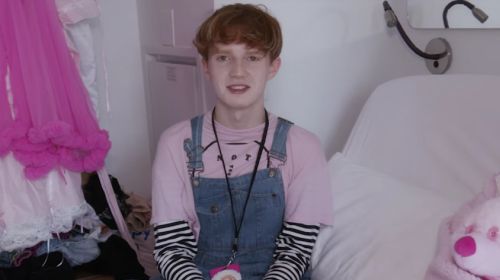 The Kats — Scaredy and Pussy — in New York. 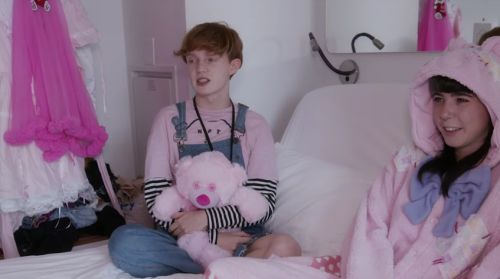 Question to you fellow Famewatchers: Anyone know what his non-drag name is? We’ve been looking for the info but can’t find any mention. We’ll update this post once we find out.

Quick review of Rupaul’s Drag Race UK: We love, love, love it!!! It’s much more funnier than the American version. While watching the show we were like, “Wow. All of them can give Bianca Del Rio a run for that funny drag queen money.” These UK queens are really, really funny!!!