Ryan Giggs Shirtless Football Star + Portrait as a Young Man. Ryan Giggs shirtless? Check! Ryan in short shorts? Check! And Ryan with body hair? Check! What’s not to like? We love everything about this Welsh football star. 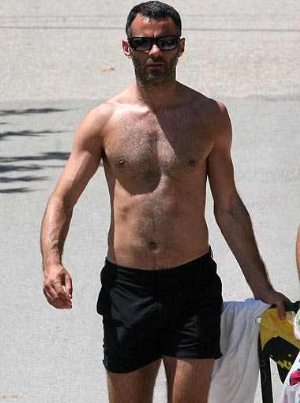 Ryan, is a 38-year-old Welsh football player who is currently leading the British team in the football competition in the ongoing London 2012 Olympic Games. His goal in the match vs. the United Arab Emirates makes him the “oldest goalscorer” of the Olympic Games breaking an 88-year record.

Says the BBC about Ryan’s most recent achievement:

At 38 years and 243 days, Ryan Giggs became the oldest man to appear in the Olympic soccer competition and he is now also the oldest scorer, thanks to his rare headed goal.

Nice feat, huh? Who says guys who are about to turn forty can’t play ball? Anyhoo, we’re betting that some of you fellow Famewatchers are looking for shirtless, sexy, hairy, hot photos of Ryan. Well, we we are not about to disappoint you.

A shirtless Ryan beams while holding a trophy with an older dude. Who’s the daddy, Ryan? 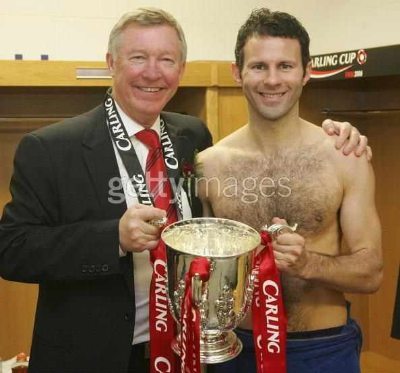 Ryan at the beach with wet shorts and all. 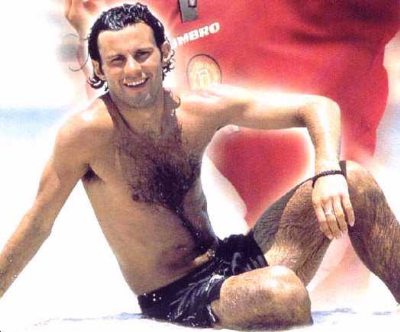 A hairy shirtless Ryan, with the nicest body hair we’ve seen in a very long time, with metrosexual David Beckham and a dude we don’t know. [Update: The third dude’s name is Gary Neville, Ryan’s teammate in Manchester United and “the best English right-back of his generation” according to Manchester United manager Sir Alex Ferguson.] 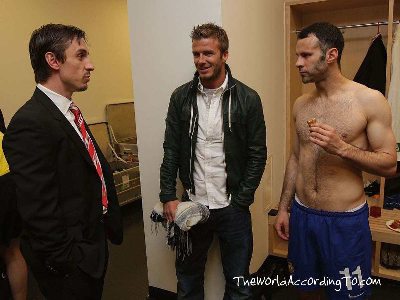 Here’s a portrait of Ryan Giggs as a young man. Cute and shaggable, eh? 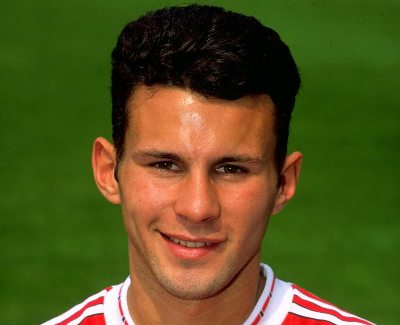 We’ve got to mention that Ryan is not only about kicking footballs. He’s also into humanitarian work and has been appointed as a goodwill Ambassador for UNICEF UK. Check him out raising awareness for the UNICEF’s anti-malaria campaign. That’s a mosquito net, in case you are wondering. 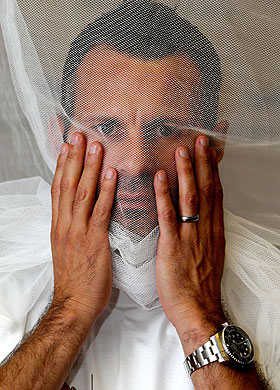 And here’s our favorite pic of Ryan showing him in a pair short shorts, long white socks, and football shoes by Reebok.