Roger Federer Shirtless Photos: Young vs Old, Roger Then and Now. Let’s celebrate Roger Federer’s comeback in 2014 and his 78th career title by updating this post and adding the above shirtless photo of the greatest player of all time. What do you think of his cowboy look? He sure is rockin’ it! 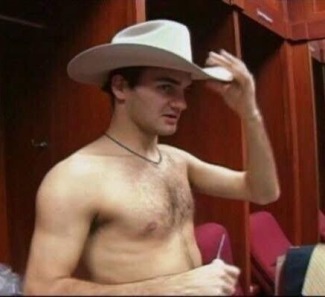 Seriously, looks like these two famous men are fans of each other! 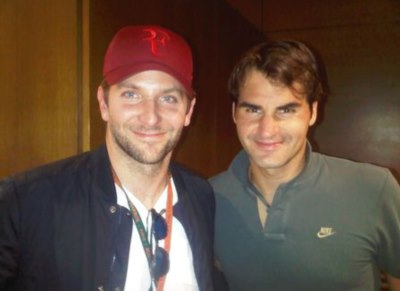 If ever a movie is made out of Federer’s career, the powers-that-be should bast Bradley Cooper as Roger because there’s a resemblance between the two of them. You agree, right? Anyhoo, here’s the Raj as Santa Claus. 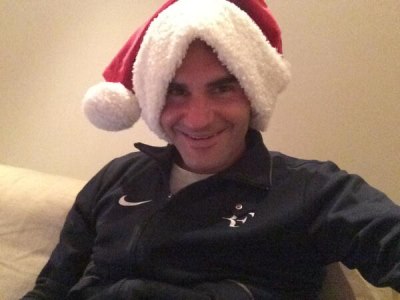 And check out a young Roger Federer. Awww. Why so pouty, young man? 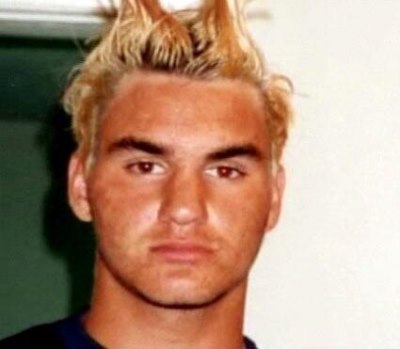 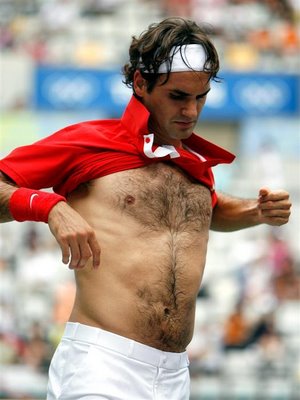 Not that our opinion matters (the only person whose opinion should matter in this regard is Mirka) but do you think Roger should do some manscaping? 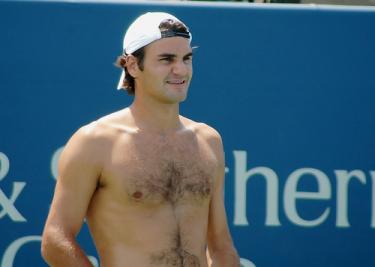 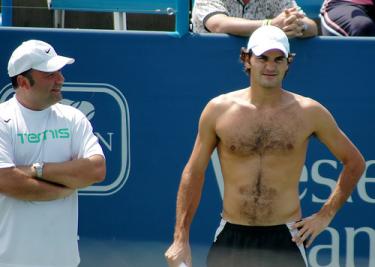 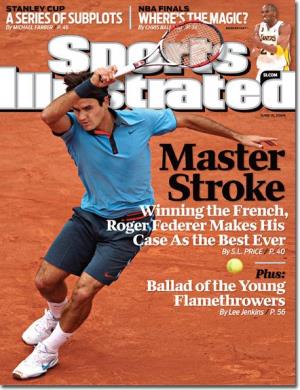 Sports Illustrated Magazine, which has been ignoring Roger Federer’s numerous achievements for years, can’t ignore him any longer after he grabbed his first French Open title, tying Pete Sampras’ 14 grand slams and joining the super-elite club of tennis champs who won all them four grand slams. Yay.

This is one of the many reasons why we have nothing but love for Roger Federer. The Herald Sun reports on Federer’s response when asked about some ethnic-related violent incidents during the Australian Open:

Here’s what he said (via Herald Sun): “It’s disappointing. Terribly disappointing. Tennis is a game of a lot of fairness. We treat each other well on the court, the players. Fans are always very polite. You don’t applaud bad shots, only good shots. That’s the way tennis is. Fans, 99.9 per cent of the time, are always great. Then you have some people who carry it outside of the tennis courts, lose their minds. It’s unfortunate.”