Rodrigo Santoro Gay or Girlfriend, Shirtless, Speedo, Underwear Photos. Today in men in Speedo, we bring you the gorgeous Brazilian actor that is Rodrigo Santoro and his many many Speedo outfits. Check him out rocking his squarecut pair. 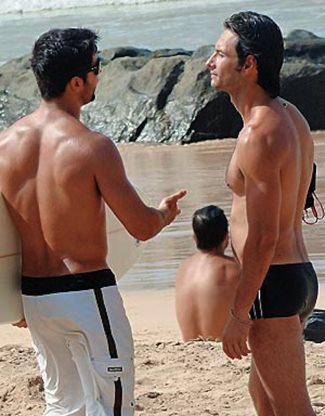 And here are some “classic” images of our “boyfriend” playing beach volleyball in his black Speedo swim briefs.

Rodrigo Santoro Gay or Straight? Is our Rodrigo’s love of Speedos perhaps an indication that he is a gay dude? Nah! Come on, now! Only silly people believe that only gay men wear Speedos. Anyhoo, our Rodrigo is as straight as an arrow. But he did tackle some gay roles such as when he played Jim Carrey’s lover in I Love You Philip Morris. 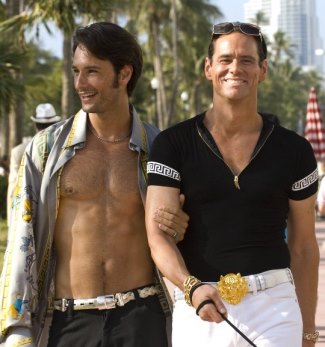 Rodrigo Santoro Girlfriend. So does Rodrigo have a girlfriend or a significant other? Is he single or has he already tied the knot with a lucky girl? Well, our Brazilian hottie is not yet married but he’s in a relationship with actress Mel Fronckowiak. The two have been dating since 2013. 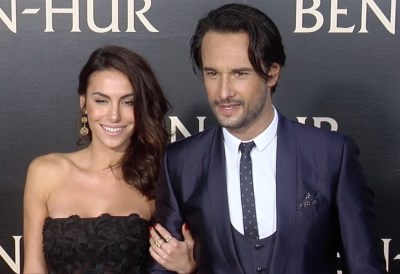 Rodrigo Santoro Shirtless Photos. Hot damn! How gorgeous is this guy? He sure is the kind of guy that could make straight men go gay, no? 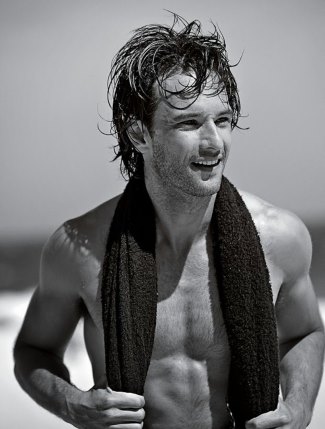 Rodrigo Santoro Hot Body Beautiful. Did he sculpt his body by surfing? Nah. You can’t build an Adonis body like that by surfing alone? He must have spent a lot of time at the gym. 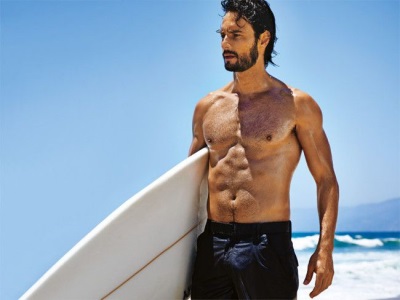 Or do you prefer his boxer briefs in the romantic comedy film, Love Actually?

We’re picking his Xerxes briefs because it is not common. We’ve seen lots of boxer briefs but we haven’t seen any gold briefs underwear. Hehe.