Rachael Finch Husband, Family, Diet and Exercise, Career (2019 Update). So, how’s our Aussie beauty queen ten years later? Did she win the Miss Universe 2009 crown? Is she single or married? Does she have a boyfriend or husband? Is she still as gorgeous as when she was 10 years younger?

Well, first things first, she did not win the Miss U crown but she actually did really, really well. She made it all the way to the final round and landed 3rd runner up. If that ain’t quite an achievement we don’t know what is. 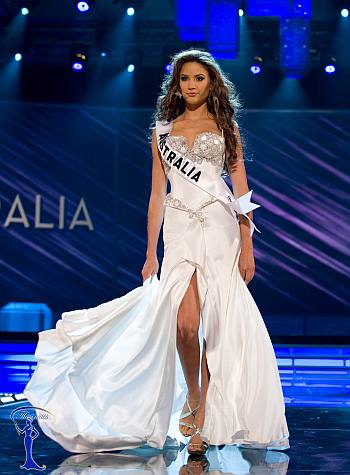 Rachael Finch Husband, Wedding, Family. Rachael tied the knot with professional dancer Michael Miziner who was her dance partner when they competed in the 2010 season of Dancing With the Stars Australia? 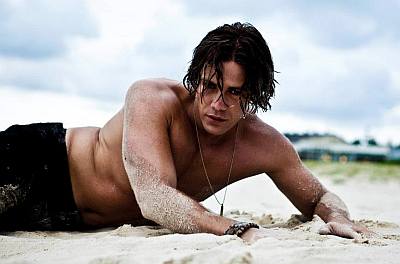 The two got married in January 2013 and had their first child in September of that year. The couple are blessed with two children, Violet and Dominic. Here’s a photo of Rachael and Michael on their wedding day. 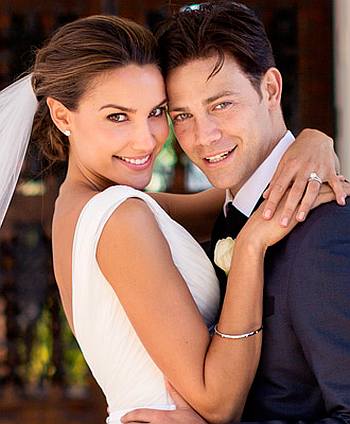 In a recent interview with House of Wellness Magazine Rachael has this to say about how they are making their marriage work: “We’re very different people and we have very different personality types, but our core values are the same. He’s the social butterfly and wants to go out, and I’m the hermit crab in bed at 8pm! But we balance each other out and have a really good understanding of what we both need.”

Rachael Finch Career Update. According to her wikipedia profile, our Aussie beauty queen is a TV host and reporter for the Seven Network. Aside from her TV job, she and her husband established and are running a health and fitness program called Body by Finch as well as a and fitness apparel range called B.O.D by Finch. BOD, for those of you wondering, means Body of Dance which honors the fact that the couple met while on Dancing With the Stars.

Question: If we force our beau to join Body by Finch, will he end up looking fit and hot like Michael below? 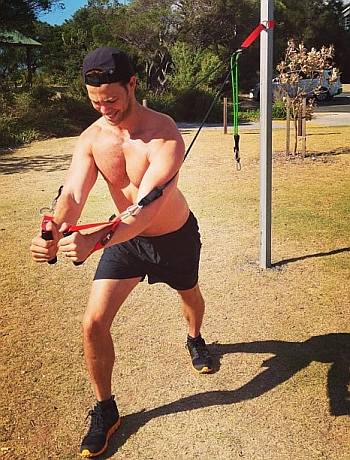 …..
Rachael Finch Wins Miss Australia: Miss Universe 2009 (posted 23 April 2009). Twenty one year old television host Rachel Finch was recently crowned as Miss Australia 2009. She will be representing her country in the Miss Universe Beauty Pageant to be held in the Bahamas sometime this August. 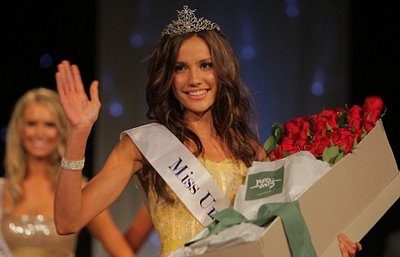 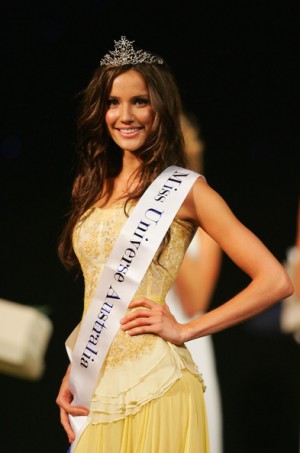