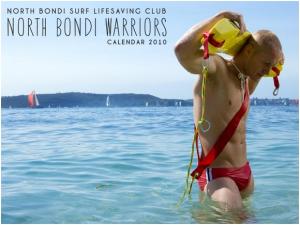 As you may have already guessed, this calendar is a fund-raising project like the other calendars we blogged about in the past such as the following: Sexy Nurses Calendar, the Rugby Underwear Calendar featuring the likes of Nils Mordt, Dom Shabbo, Alex Cheesman, and the Irish Farmers Calendar featuring real hot and beefy Irish farmers and farm boys. 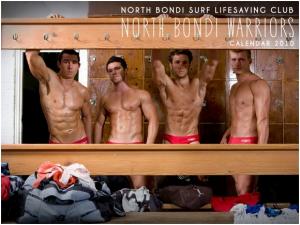 North Bondi Warriors are ready to surf and serve. 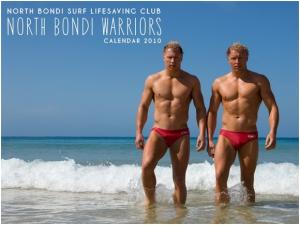 Anyhoo, the North Bondi Warriors Calendar is a project by the surf lifesaving club’s volunteers which is aimed at raising money for the redevelopment of the club’s historic clubhouse. Apparently, said clubhouse is not in an ideal state so these warriors are trying to raise six million Aussie dollars. This will be to renovate the oldest clubhouse in Australia to make it look good again.

We encourage you to support this worthy cause and go get yourself a copy of the calendar.

If you’re like, “What exactly is a surf life saver?”, the answer is that it is the Aussie equivalent to your life guard except that surf lifesavers are more badass. Here’s what wiki says about them: “Lifesavers are volunteers that typically patrol in groups under a patrol captain”.

The surf lifesaving volunteer movement started in Australia, where volunteers are now referred to as “clubbies”, in response to drownings in local beaches. The movement has caught on in other countries around the world as there are now surf livesaving clubs in New Zealand, Ireland, South Africa, and the United States.

Aussie guys sure love them their Speedos, no? Check out this video featuring our North Bondi Warriors Speedo hunks. Watch, relax, enjoy and — most importantly — appreciate these boys and the good work they are doing.