Nadine Coyle and Jason Bell 2020 Update. Apparently, these two never made it to the altar and eventually called it quits last year after eleven years in a relationship. Awww. They looked so good together.

They share a daughter, are co-parenting, and remain good friends. Here’s what an insider told The Sun about the exes: “Although Nadine and Jason were never married, they lived as a close family unit and remain good friends as they co-parent their young daughter. They still care for one another, but are no longer in a romantic relationship.”

…..
Nadine and Jason Are Engaged (9 October 2010). Last month, Nadine and Jason announced that they are engaged. When’s the wedding? Well, they still haven’t said anything about a date but we’ll update this when we find out. Of course we will also update this later to bring you Nadine’s wedding gown, her designer (maybe Vera Wang?), and those kinds of weddingy information that we love to talk about. 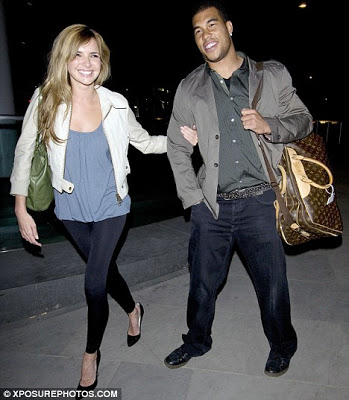 Awww. They look so happy together. 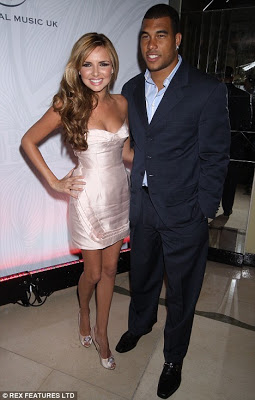 Nadine Coyle, for those of you not familiar with her, is an Irish singer who’s a member of the girlband, Girls Aloud. She dated Jesse Metcalfe before she found herself in the arms of Jason Bell.

Meanwhile, Jason Bell is a former pro American footballer. By that, we mean he plays the American version of football not the international version. Jason is from the United States and has played in the National Football League particularly for the Dallas Cowboys, Houstoun Texans, and the New York Giants.

Nadine Coyle’s Hot Underwear/Bikini Photos. Now, here’s some pics for those of you looking for hot underwear or bikini photos of the Irish beauty. Nadine rocks her two-piece bikini swimsuit.

Here’s the Girls Aloud singer showing her boyfans what they want: her bra underwear.

…..
Shirtless Jason Bell? Now, those of you looking for shirtless pics of Jason Bell will have to make do with non-shirtless photos. The footballer is apparently not into chest-baring which is refreshing considering how the internet nowadays is inundated with male celebrities trying to be Matthew McConosomething. He does have to go shirtless when he goes to the pool, so we have this. 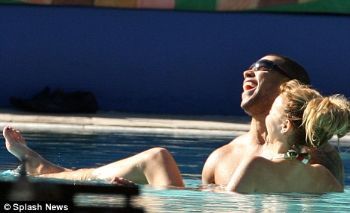