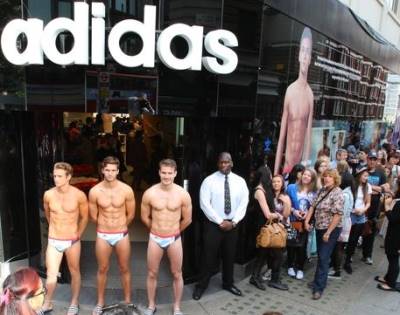 Adidas Mens Underwear Models. Did you know that German sportswear giant Adidas makes men’s underwear? Yeah, it does! We thought it only makes stuff like shoes and sports jackets and running pants and other kinds of sports clothes and never thought of Adidas as an underwear manufacturer.

We do know that the Bavaria-based apparel company makes swimwear because Famewatcher favorite Tom Daley wears Adidas during diving competitions.

Speaking of Adidas and Tom Daley, the two recently inked a deal for the British diver to be the image model for the former’s streetwear line. More from The Independent:

Olympic diver Tom Daley has made his modelling debut for sportswear giant Adidas.

The British diving champion has made a splash as a playful fashion model and launched a new teen clothing range with Adidas.

The collection is a line of basics: including jeans, tees, socks and hoodies aimed at 14-19 year olds. 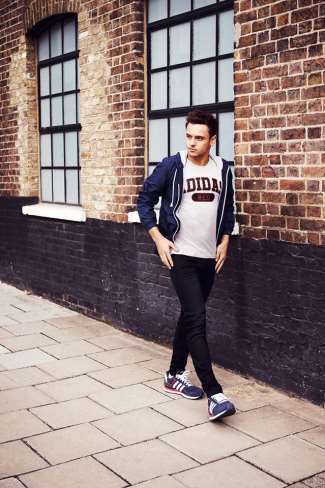 As the UK ambassador of Adidas NEO label, the 20-year-old sportsman, who recently came out and is dating screenwriter Dustin Lance Black, posed wearing the latest autumn/winter collection in different iconic locations across the capital, including Westminster Bridge, the Houses of Parliament, Southbank and Shoreditch.

Daley said: “London is famous for its style, so it was amazing to shoot the new Adidas NEO label collection at some of the city’s most iconic locations.”

But let’s not dwell too much on Tom Daley because we will be doing a separate blog post on him and his Adidas gig. Let’s focus instead on these gorgeous Adidas mens underwear models: 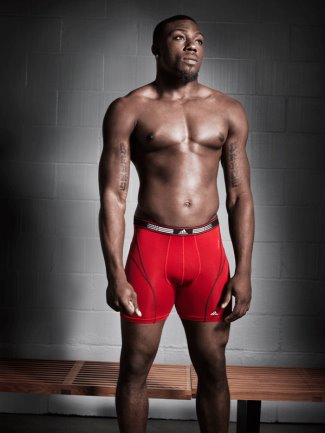 Tommy Ross in Adidas briefs. Having blogged about men’s underwear for more than five years, we’ve come to the conclusion that there is nothing sexier on men than white tighty briefs. Do you agree or what? (Photo courtesy of apex35mm.tumblr.com.) 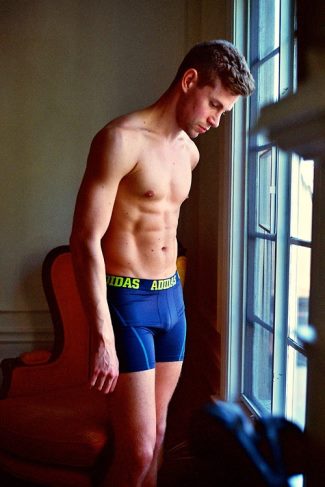 Oh, by the way, did you know that Adidas also makes jockstraps? Wouldn’t it be fun to see Tom Daley or Eric Berry or any athlete in the Adidas stable (maybe tennis star Andy Murray) modeling Adidas jockstraps? Picture it in your mind. Hehe. 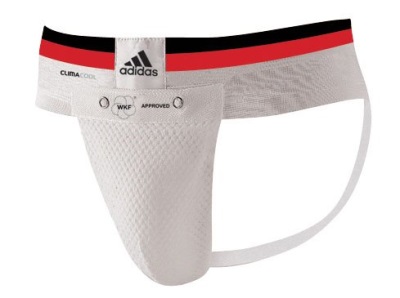