Michael Mealor Shirtless Body, Underwear, Girlfriend? Who’s the guy in ripped jeans with some impressive washboard abs? Well, fellow Famewatcher, this beautiful man is Michael Mealor. He is, obviously, a male model but he is one of the lucky ones who managed to move from the world of modeling to the world of acting. Currently, Michael is a regular on the CBS soap opera The Young and the Restless where he plays the role of Kyle Abbott. 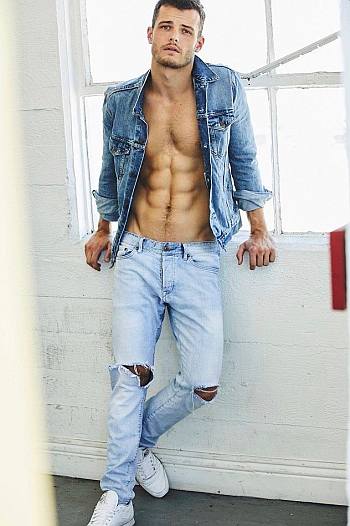 One of our gorgeous hunk’s early modeling gigs is with Abercrombie and Fitch which, as you recall, is a very pretentious brand which prided itself in catering only to beautiful people. This strategy was spearheaded by then CEO Mike Jeffries who was ousted in 2014 after declining sales. The brand continues to decline and it reportedly closed 40 stores last year (and 60 stores in 2018). Anyhoo, here’s Michael modeling for Abercrombie. 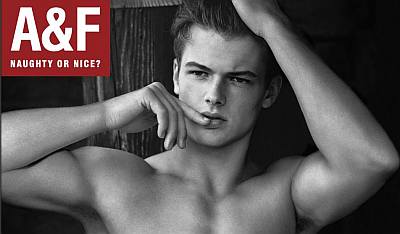 Sorry, we should be talking about Michael not Abercrombie. Hehe. Let’s get back on track focusing on this gorgeous Georgian native (the state not the country) with this photo of a young Michael in football uniform. 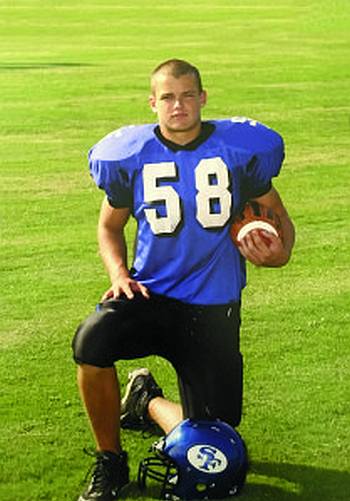 Apparently, he used to play football when he was younger. In an interview with Soap Opera Digest, he reveals that he used to do football and theater at the same time.

I was the nice guy on the football team who would go to theater productions and secretly want to be in them. I was a bright student and not much of a troublemaker. I never had a curfew because I chose not to do certain things for fear of letting my parents down.

He quit playing football in senior year after a disagreement with a new coach:

We had a change of coaches and I wasn’t a fan of the coach that they hired. I really enjoyed playing football growing up, but at the same time, I was kind of getting tired of it come my junior year. I didn’t agree with how [the new coach] ran the program, so I spoke with him about how he ran stuff, and it was a very open dialogue, but he said, ‘If you don’t like it, you can leave,’ And I said, ‘Cool, I’m done,’ and I walked out. That was it.

Things worked out fine for him because he now stars in one of the longest soap opera on television. 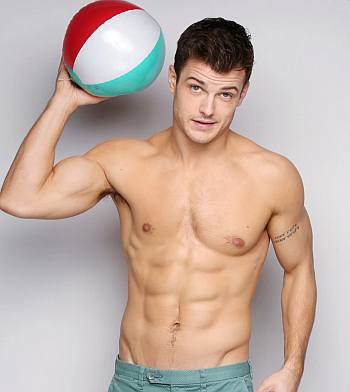 Michael Mealor Gay or Straight? Dating Status? He is straight and, in his Soap Opera Digest interview, he reveals that he has a girlfriend named Britt (Britt Johnson according to the internets). Apparently they met at SoulCycle where he used to work as an instructor:

She took my SoulCycle class and I would always try to ask her out but she would beeline out of that room,” he laughs. “I tried to ask her out five times and I just wasn’t fast enough in getting over to her when class was finished. She also travels a lot for work, so I wouldn’t see her for six weeks. I’d be like, ‘Where is this girl? Is she ever coming back?’ Finally, she actually ended up sliding into my direct messages on Instagram.

Michael Mealor Underwear and More Shirtless Photos. For those of you wondering what he looks like in his undies. 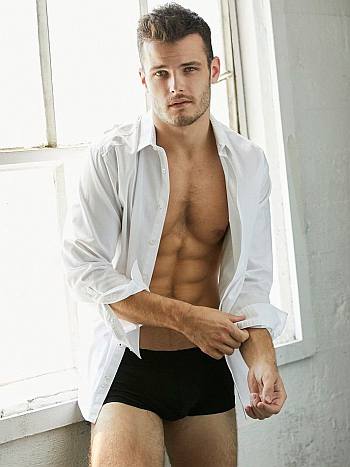 And more shirtless photos for the THOTs and hos among us here at Famewatcher. [Want more celebrity washboard abs?] 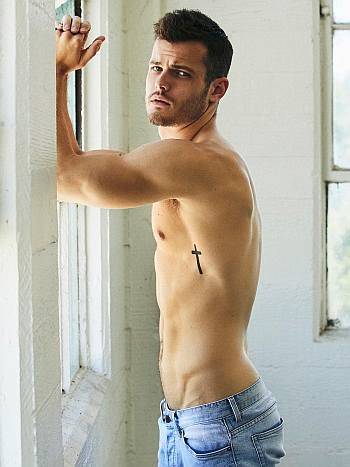 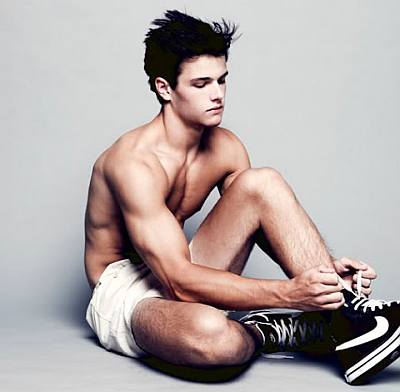