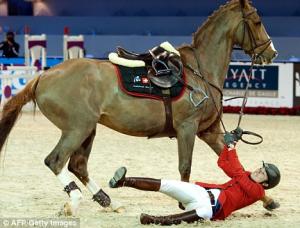 One of our favorite female tennis stars Martina Hingis fell down her horse, Whisky’s Bon Ami, at the Gucci Masters International Jumping Competition near Paris where she was competing. The good news is that she came out of it without any serious injuries. Another photo of Martina after the jump. Go, Martina. 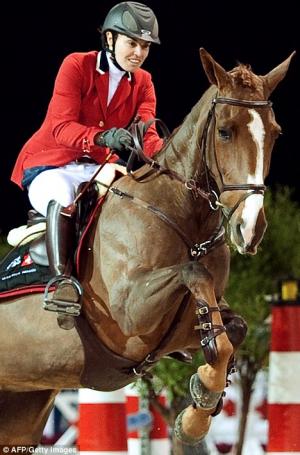 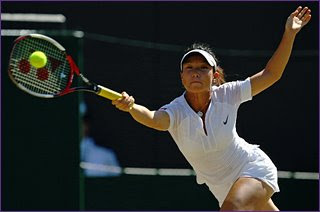 I was rooting for Tamarine Tanasugarn to go further at Wimbledon but she was, unfortunately, kicked out by Venus Williams. But I still have Zheng Jie to cheer for. She’s really a giant killer and has been the underdog in all her matches. She will be facing Venus, the defending champion, in the next round so that might be the end of her. But Zheng has proven that miracles happen. Hope she’ll move on to the finals. Go Zheng Zie.

OUR ENTRIES ON OTHER FEMALE TENNIS PLAYERS 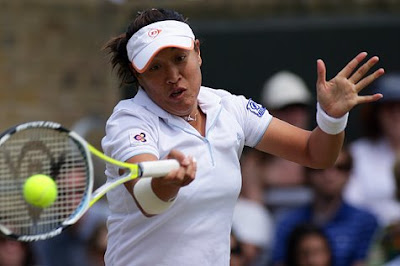 We so wanted Jelena to win Wimbledon but Tamarine Tanasugarn deserves to be cheered too. Now that Tamarine knocked out Jelena, we will be cheering for her all the way. Let’s keep our fingers crossed that she’ll win it all. It’s a long shot but our Thai friends are hoping that she’ll continue to kick ass and win the whole damn caboodle. Go Tamarine! 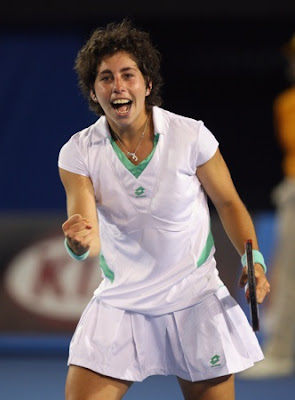 Carla Suarez Navarro becomes the second giant-killer in the Australian Open 2009 when she beat Venus Williams. [Note: The first giant-killer would be Lu Yen-Hsun]What we like about her is her mental toughness. A lot of today’s female tennis stars are mentally fragile and they wilt when they are playing the Williams sisters. Carla, thankfully, appears to be one of the few who’s mentally tough. Maybe it has something to do with the fact that, unlike most girls, she was more mature before she devoted her life to tennis.

Suarez Navarro is an oddity in women’s tennis. She didn’t begin to play until age nine and didn’t take up serious training until age 17, after she finished her basic education.

By the way, it was nice to see Venus smile during the end of the match and to acknowledge in her interviews that Carla played really well.

UPDATE: Here’s the video of the end of the match and Carla’s on-court interview. 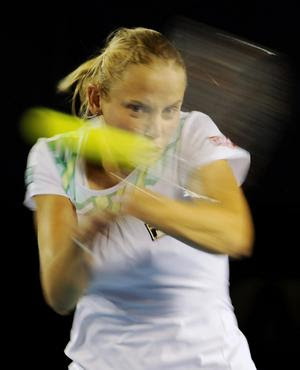 Well, let’s all cheer for Jelena Dokic and hope she wins the Australian Open. We were hoping that the other Jelena (i.e., Jankovic) will bag her first major but Marion Bartoli kicked her butt so let’s support Dokic instead.

“If I knew what I know now I could’ve been in the top 50 years ago but I was influenced by some unprofessional people.

“I still believe there are unprofessional people working at the LTA and it saddens me because I want to see British tennis get even better.”

Hey, girlfriend, can you be more specific? We want us some real dirt not general criticisms like this. But we congratulate you for moving up the WTA rankings. Keep moving up, girlfriend. 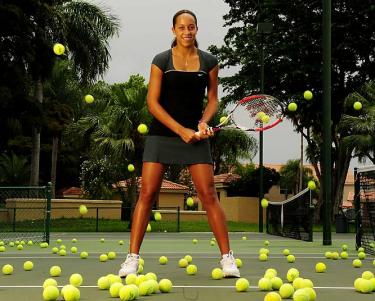 Is 14-year-old Madison Keys the next big tennis star? Madison debuted on the WTA Tour last April and is being coached by John Evert, the brother of former tennis star Chris Evert.

Anyways, we gotta say that the name “Madison Keys” is really cool and it sounds like a name from a Danielle Steele novel. So we’re hoping that Madison turn out to be as cool as her name.