Louis Vuitton Chinese Inspired Dresses: Spring Summer Collection. What do you think of these Louis Vuitton maxi dresses inspired by traditional Chinese fashion? Kevin says they’re fabulous, fabulous, and fabulous. He’s a male fashionista so he must know what he’s talking about, no? 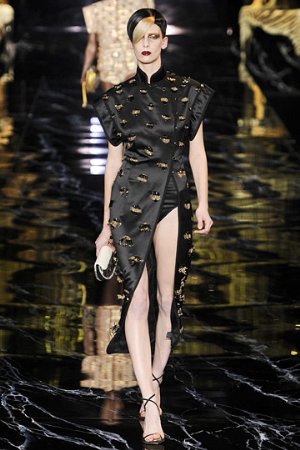 The dress below is our friend Deena’s favorite among these Chinese inspired LV dresses. 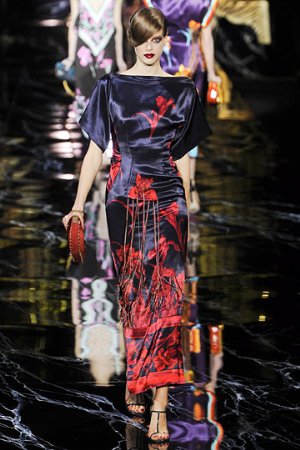 These models look like walking dolls. Kinda cool and kinda creepy at the same time. Hehe. 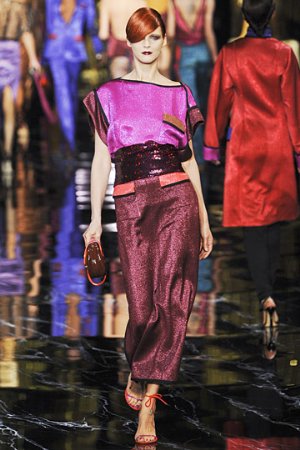 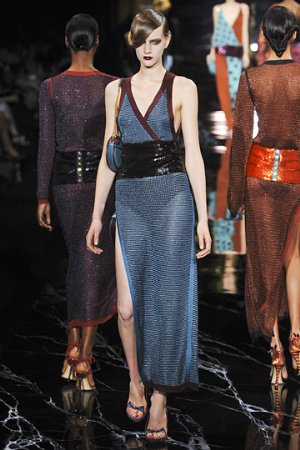 Oh, we love this body-hugging dress the best. What about you, which of these Louis Vuitton LV dresses is your top pick? 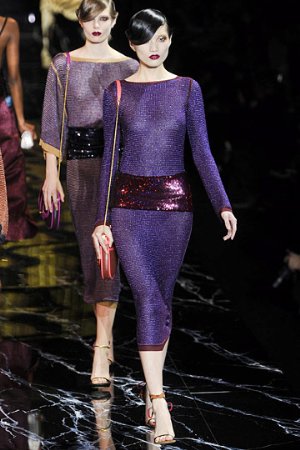 Academy Award-winning actress Natalie Portman leads our list of famous women who were seen wearing a Louis Vuitton dress from the Spring 2011 collection. She looks quite nice in the dress, doesn’t she? The rising sun behind her is something else though. It might be in keeping with the Asian-style motif but its kind of an overkill. Hehe. 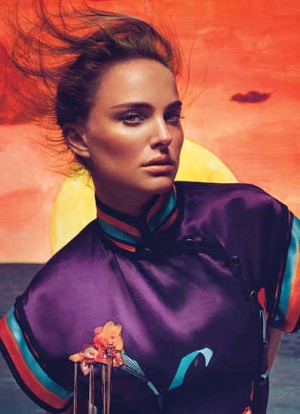 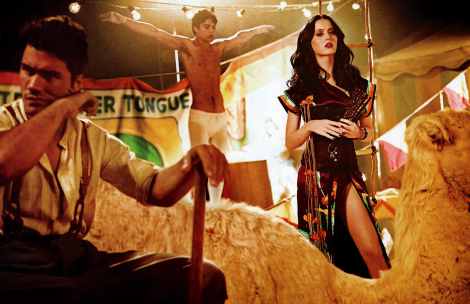 Not surprisingly, being the Supermodel that she is, Chanel Iman rocks her LV Asian-style dress. [Update: Is Chanel Iman really a Supermodel? We think she is but Deena says she’s not. So we went looking for her body of work since she started modeling and we’re sad to admit that maybe Deena is right. Chanel may not be a Supermodel yet but she’s still kind of young at 20 years old so she’s got some more years for her to ascend the Supermodel firmament. Do you think she can do it?] 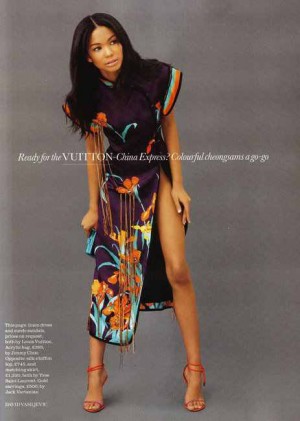 We fell in love with Chinese actress/singer Fan Bingbing when we saw this. 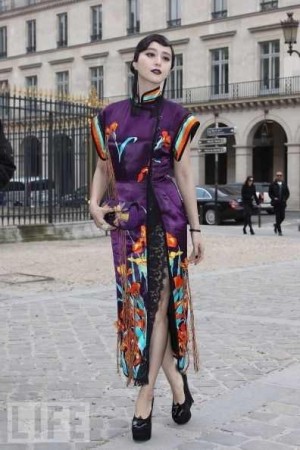 That’s what we call fabulous, gorgeous, and chic. The dress is really made for her, no?

Meanwhile, talented actress Julianne Moore also embodies LV gorgeousness in this satin dress (its the very first dress in this post) in a photoshoot for InStyle Magazine. 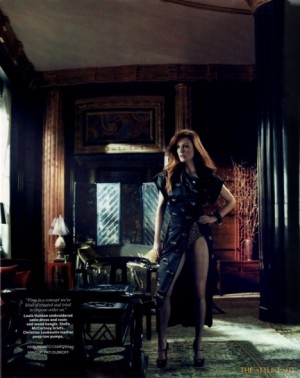 A lot of us Famewatchers may not have heard of socialite Julia Restoin-Roitfeld but we’re pretty sure we’ll all agree that she’s sizzling in her Louis Vuitton Spring 2011 RTW Collared Satin Dress. 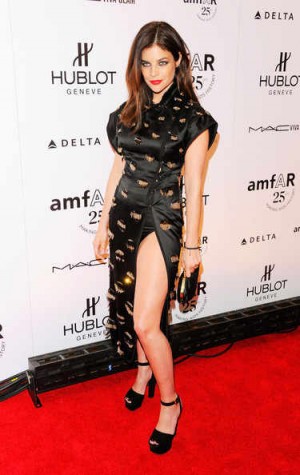