Lena Dunham Dress Style Watch: Red Carpet and Casual Wear. Do you love, love, love Girls? Of course you do. Everybody does! Our friends Kevin, Deena, and Koosi are superfans of the show. It goes without saying that they are superfans of the show’s creator and star, Lena Dunham who deserved all the awards she received for making such a brilliant show. Anyhoo, this post is for those of you who want to dress like Lena Dunham. Let’s check out what she wears to red carpet events (and elsewhere) and let’s begin with this sexy chic silk blend dress by Roksanda Ilincic. 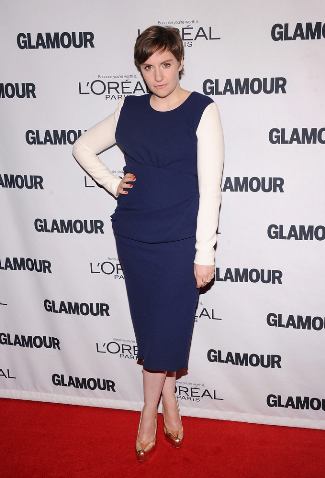 Meantime, Lena wore this Saint Laurent gold V-neck dress at the TIME 100 Gala in April this year. This dress is from the Saint Laurent Fall 2013 Ready to Wear collection. [Want more plus size fashion?] 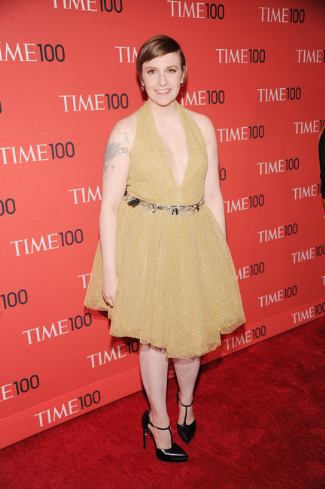 Is this Lena’s lucky dress? She wore this Zac Posen long gown to the 70th Golden Globes Award and went on to win two Golden Globe tropies, one as best actress in a comedy or musical and another for Girls as the best musical or comedy television series. 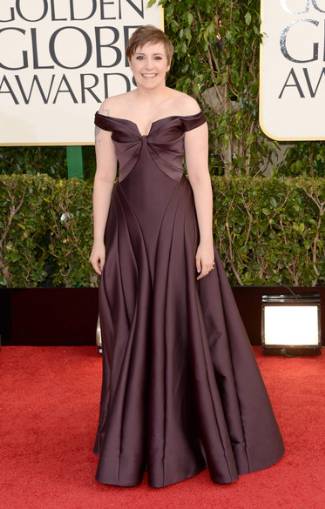 Our favorite Lena Dunham dress is probably this fabulous navy lace Prada gown which she wore to the 64th Primetime Emmy Awards. 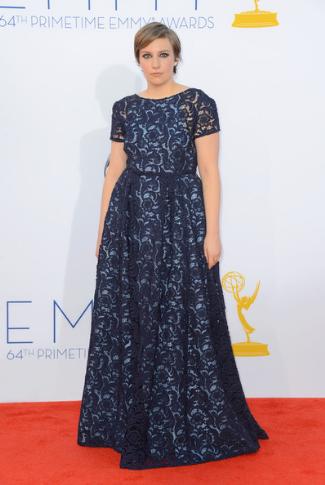 Unfortunately, her next Prada dress the following year during the 65th Primetime Emmys is a misfire and landed her in a lot of “Worst Dressed List”. 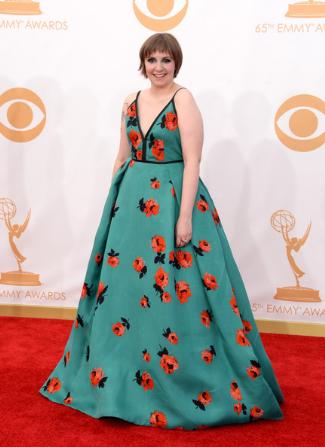 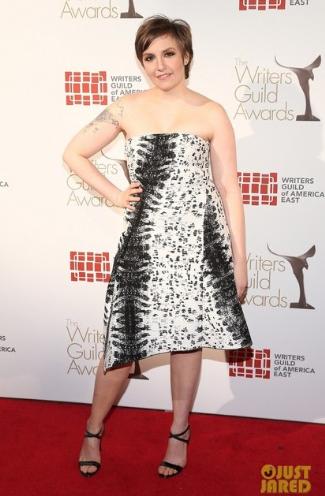 Lena is looking good in her short Rebecca Minkoff Kirk Open Back Dress, doesn’t she? 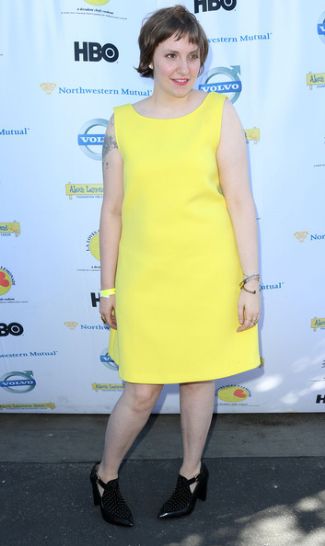 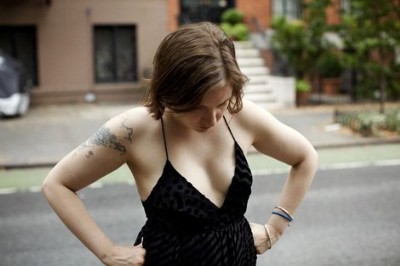 Too bad we are not seeing her dress in full because we think she’ll look great in this dress. Here’s a look at the whole outfit on a model. 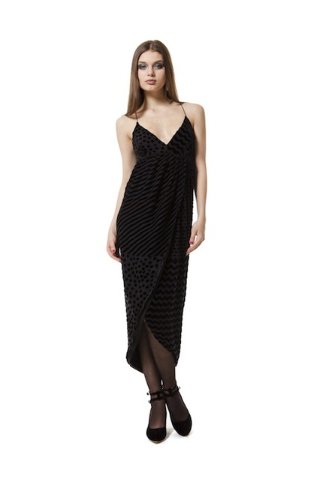 Lena, as Hannah Horvath, wore this Lucca Couture Destination Striped Dress in an episode of girls. 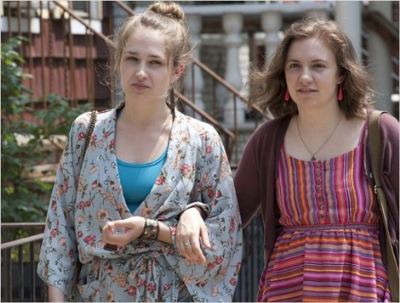 Last but not the least of our Lena Dunham dresses is this gorgeous Peter Jensen long gown. 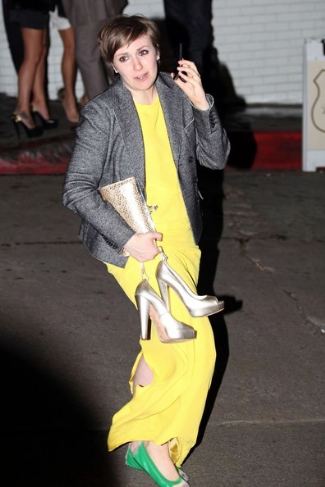 We have two favorites among all these dresses. We already mentioned her Prada dress during the 64th Emmys as our favorite. Another favorite would the Roksanda Ilincic dress (the very first dress at the beginning of this post) which she wore to the 22nd annual Glamour Women of the Year Awards held last year on November 12, 2012. What about you? What is your favorite Lena Dunham dress?