Katie Melua James Toseland Wedding: Dress by Claire Pettibone. Now that’s a picture of a happy couple. British singer Katie Melua and World Superbike Champion James Toseland got hitched last Saturday at the Nash Conservatory at Royal Botanic Gardens in Kew, West London. We’re happy for the newlyweds and we’re looking forward to blogging about their future kids and the pitter patter of their little feet. 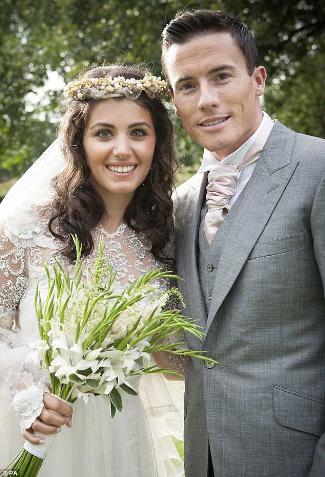 But that’s in the future horizon. For now, let’s focus on this celebrity wedding and the most important question that some of you are asking: Who designed Katie Melua’s wedding dress? Or to use the words of Joan Rivers, “Who is Katie wearing?” Well, she is wearing a wedding dress by American designer Claire Pettibone, who made global headlines last May when Priscilla Chan wore one of her wedding gowns when she got married to Facebook founder Mark Zuckerberg.

But let’s go back to Katie and James’ wedding, shall we? According to the Daily Mail, their wedding was attended by, among others, “Prince Pieter-Christiaan Michiel of the Netherlands, music producer William Orbit and composer Mike Batt along with many of Toseland’s friends from the world of motorsport”.

Huh, that’s lazy reporting Daily Mail. A college journalist would have gotten the names of Toseland’s friends because we’re pretty sure that they are celebrities in the motorsports world.

Anyhoo, let’s have some pics of the happy couple in their element. Here’s Katie looking right at home performing on stage. 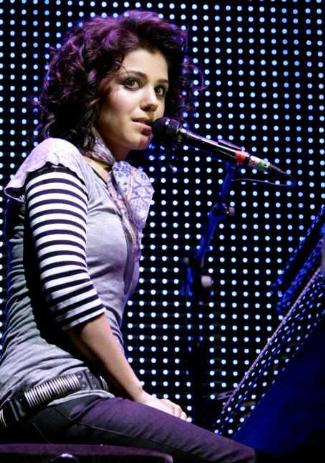 A beautiful girl in a gorgeous red dress. We’re told Katie’s dress is from the Farah Spring Summer 2012 Collection. 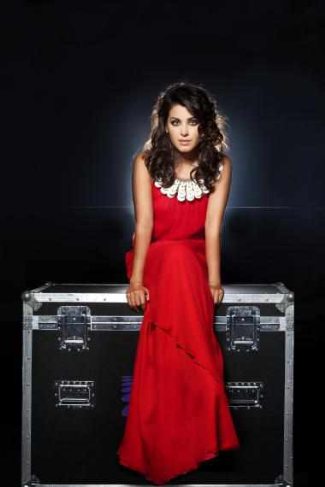 And here’s Katie as Charlie Chaplin. So cute and adorable we’d like to pinch her pinkish cheeks. 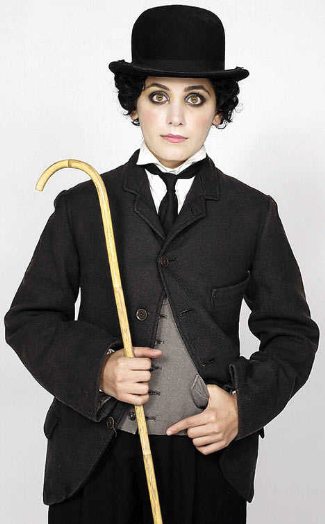 Now, James Toseland is totally covered up when he’s racing so its hard to appreciate his awesomeness. 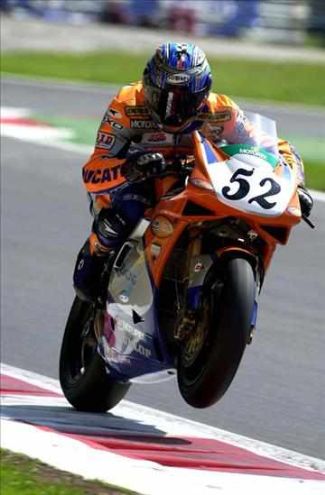 Good thing he isn’t shy about posing in his birthday suit because a beautiful in-shape body like his needs to be appreciated by the world. 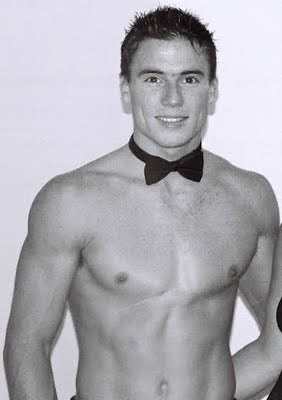