Kamal Ibrahim Shirtless and Underwear Photo: He is Mr World 2010. Kamal Ibrahim is what one would call a true international model. We say true because, well, because he’s the embodiment of a true citizen of the world. He was born in Ireland which, we think, makes him an Irishman but his mother is Italian while his dad is from Nigeria. If this does not make him a true international model, we don’t know what will. 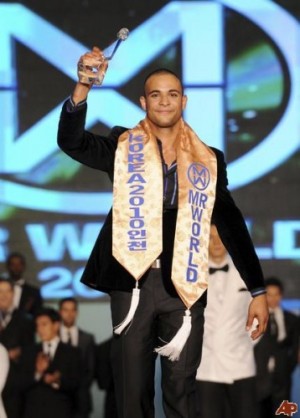 Check out Kamal in his sexy Calvin Klein boxer briefs. 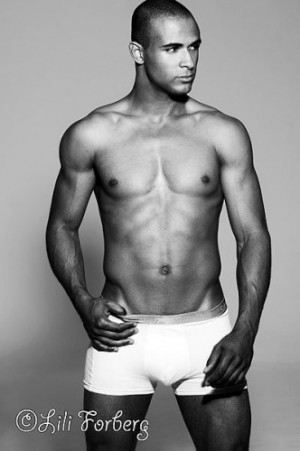 By the way, as you may have already noted in the very first picture, Kamal Ibrahim was recently crowned as Mr. World 2010. He represented Ireland in the male beauty pageant competition where he bested other aspirants from around the world.

Want some of the Most Beautiful Men in the World?

What is Kamal Ibrahim Doing These Days?
11 August 2011

So what is Kamal up do these days? Do we have updates on Mr. World? Of course we do! Here’s a report from Ireland which says that he’s participating in a reality show called Charity ICA Bootcamp on RTE One. In fact, he’s made it to the grand finals. Here’s what he said about the matter:

I was surprised but very happy that I won. It was an amazing experience living the ICA life and working with the mentors. I work very closely with Variety and I am so happy that I managed to secure some money for them. I know what it will mean to everyone and especially the kids and for that alone I am thrilled.[via RTE]

The “Variety” he’s referring to is the charity organization he’s playing for and which will receive €20,000 for his victory. We hope he wins the whole caboodle in the grand finals.

By the way, the above RTE report we linked to described Kamal as a “beauty king”. Very apt title, no? Why should have thought of it first.