John Wick Watch: Carl F Bucherer Manero on Keanu Reeves and Halle Berry. What watch was Keanu Reeves wearing in the third installment of the John Wick movie series? What about his assassin pal Halle Berry?

They are wearing Carl F. Bucherer Manero watches, specifically Halle is wearing the Manero Peripheral while her co-star is wearing a Manero AutoDate. Actually, Keanu wore Carl Bucherer watches in all the three movies and is likely to continue wearing them in future installments of the hugely popular international thriller.

Here’s a badass Halle and her Manero Peripheral: 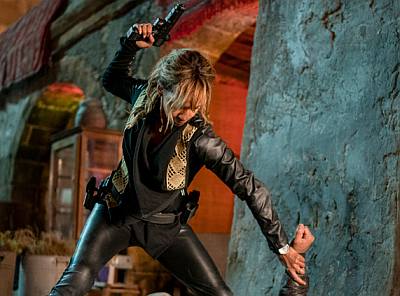 Keanu and his Manero AutoDate takes a break from all the action: 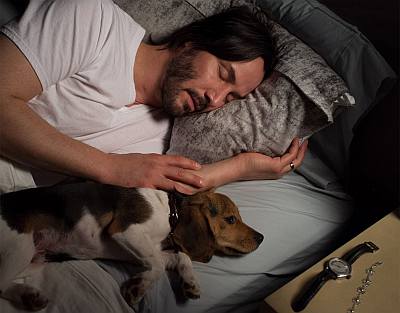 On its website, the Swiss watchmaker tells us more about both the AutoDate and the Peripheral and how the timepieces are particularly suited for the character’s wearing them:

Keanu Reeves and his Manero AutoDate: “In the third part of the series, retirement remains a distant dream for former contract killer John Wick. And no wonder, as a 14-million-dollar contract has been taken out on his life. But even if he cannot trust anyone else, he can always rely on his Manero AutoDate. The timeless classic model with its white dial and black leather strap is inspired by the designs of the 1960s – the same decade that produced John Wick’s beloved Ford Mustang. The three-hand model with date display draws the beholder’s attention to what really matters in the stainless steel case with a diameter of 38 millimeters, and the watch is always ready for action thanks to its reliable automatic caliber. What is more, the 42-hour power reserve means that superstar Keanu Reeves aka John Wick could take it off for a while without any problems – not that he has that much time to rest.”

Halle Berry and her Manero Peripheral: “Halle Berry’s character Sofia combines femininity with ruthless action. Given the actress’s intensive training for the role, it is no wonder that the Manero Peripheral is so wonderfully suited to her. The elegant timepiece with 60 diamonds on the bezel is a masterpiece of feminine details and powerful mechanics. The striking stainless steel case with a diameter of 40 millimeters conceals the automatic CFB A2050 manufacture caliber, which is equipped with a peripheral rotor – an unmistakable reference to the craftsmanship and innovation of the watchmakers at Carl F. Bucherer. Furthermore, the small-seconds subdial and date display on the finely shimmering, cognac brown dial of natural mother-of-pearl guarantee absolute clarity, even when the going gets tough.”

Of course, Halle and Keanu are not the only actors wearing Carl Bucherer watches in the series. Swiss actor Daniel Bernhardt is seen wearing one from the Patravi collection in this scene from the first John Wick movie: 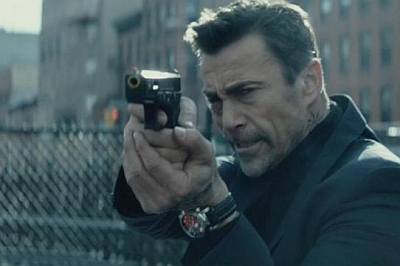 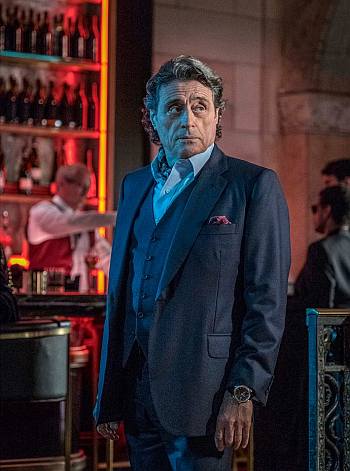