Jay Haizlip Shirtless Skateboarding Pastor Hunk: Oxygen’s Pastors of LA. How do you know that you made it as a celebrity? According to our celebrity-watcher friend Deena, you made it to the pinnacle of “celebrityhood” if people are wondering whether you ever had plastic surgery (example: some of you are looking for Kathy Griffin’s liposuction photos) or if Googlers are searching for your shirtless photos.

Now, if we are going to use Deena’s criteria for celebrityhood, we guess it would be safe to say that Jay Haizlip has “arrived” as a celebrity because, before we wrote this post, at least 10 of you googled for his shirtless pics and somehow ended up here.

Unfortunately for you, it does not look like Jay is the kind of guy who’s into shirtlessness (a-la Matthew McConaughey) coz we can’t find any shirtless images of him. So you will have to settle for this pic of him in tank top shirts: 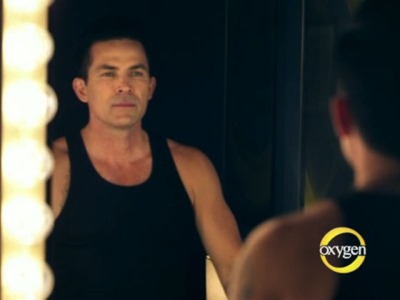 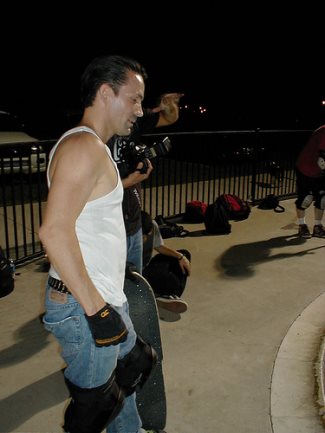 Now, for those of you who are not familiar yet familiar with him, Jay is skateboarder-turned-pastor who is one of the stars of Oxygen’s Pastors of LA. Oxygen tells us more about him:

Pastor Jay Haizlip was only 15 when he became addicted to cocaine. Due to his drug addiction, he lost some of his most treasured possessions: skateboard memorabilia, childhood photos, and even a 1958 Coupe Deville Cadillac. In and out of rehab with no end in sight, Haizlip hit rock bottom when he contemplated ending his life. He was on his way to buy drugs when he met someone who asked him to pray to Jesus. Haizlip asked Jesus to forgive him for his sins, and he experienced a spiritual awakening to devote his life to God from that point on.

Jay is married to Christy Haizlip so we warn those of you who are interested in shirtless photos of her husband to beware because a) she looks like the kind of gal who would protect her man (Way to go, sister!) and b) she’s got some badass Jimmy Cho (or is that a Manolo Blahnik?) shoes she can kick you with if you obsess about his shirtless pics. Joke. Joke. 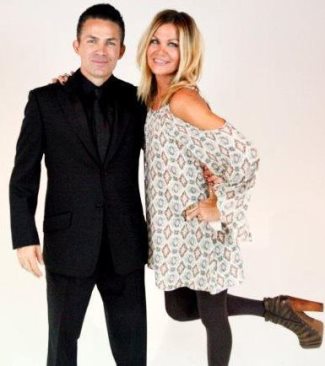