Unfortunately, because we do not like to catch the ire of Grandma Akita, we decided to crop the photo which you can see in full in the preceding link. It’s a bit NSFW so if you’re hesitant to go see, we’re here to tell you that the guy appears to be gifted not only in the singing department. 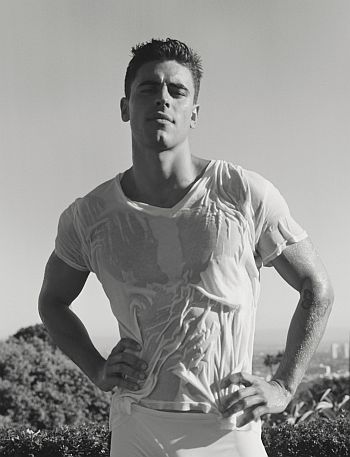 END_OF_DOCUMENT_TOKEN_TO_BE_REPLACED

He’s been doing well from the looks of it and has been working consistently since we last blogged about him back in 2014. Currently, he has a recurring role on the Freeform TV series Good Trouble; specifically, he plays a married businessman who occasionally visits Los Angeles to shag his girlfriend who’s one of the main characters of the show.

On the movie front, check him out in the horror film The Block Island Sound which currently boasts a 100% fresh rating on Rotten Tomatoes with critics praising Chris’s performance as the lead actor.

Want more hot photos of our Chris? Of course you do! We grabbed some of these from his Instagram page which you might want to follow @chris__sheffield. END_OF_DOCUMENT_TOKEN_TO_BE_REPLACED

Hot Guys Wet Shirt. Are “let’s shoot you with your wet shirt” photos still a thing? Apparently, it is very much a thing. Why else would Alexander Skarsgard pose in his wet clothes if the concept has been ditched by photographers and magazines.

Not that we are complaining or anything. In fact, we get the appeal of hot guys wet shirt. It intrigues. It calls attention to a man’s muscles and body. It is revealing but not scandalously so. And it wants you to go “there” with your imagination. So, of course wet shirt photos are still a thing. And we are willing to bet a thousand bucks that it will be a thing forever and ever. Are you game?

But let’s get on with the first dude in our list of Hot Guys Wet Shirt: Alexander Skarsgard, the star of the upcoming movie Tarzan! Alex, his gorgeous blue eyes, and his body-hugging shirt sizzle on the cover of Vanity Fair. 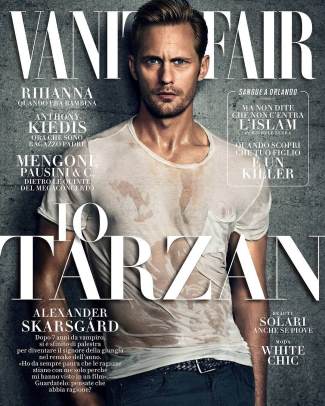