Hector Penate Shawn Southwick Affair: Larry King’s Wife and Her Lover Just how tall is Larry King’s wife? She makes her husband look like a midget in this photo. But then again, maybe Larry is short and that it’s him who’s making her look like a giantess. Seems like she’s got a nice sense of humor, no? 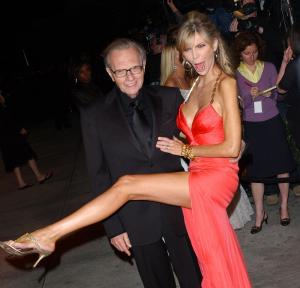 Anyhoo, we’re bringing you Larry King and his wife, Shawn Southwick, because some magazine is reportedly going to break a story about Larry’s extra-marital intra-family affair. We’re guessing this will take the heat off Tiger Woods, eh?

UPDATE – Hector Penate Shawn Southwick Affair: Larry King’s Wife and Her Lover. Okay, according the news, Larry’s extra-marital intra-family affair involves him and his sister’s wife getting it on. Eww, Larry king is a pig. But, on the other hand, according to news reports Shawn was boinking the Latino pool boy. Well, he’s not actually the pool boy but Shawn’s personal trainer named Hector Penate. It’s just another day in the lives of the rich and famous.

Of course we are interested in finding out more about Shawn’s trainer and this is what we discovered about him. 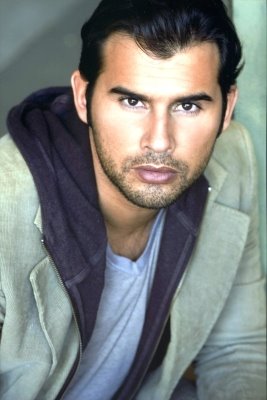 Who is Hector Penate? Well, if his claim that he banged Larry King’s wife Shawn Southwick in Larry’s bed is true, then we think it is fair to say that Hector is the male version of Tiger Woods’ mistresses who’ll soon get his 15 minutes of fame because of his sexual involvement with one-half of a famous celebrity couple. Check out this Hector Penate shirtless pic. He’s looking good, no? 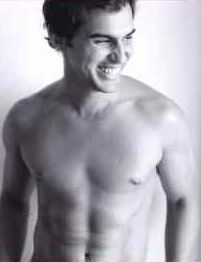 From a 2008 report by hollywoodgossips.com: “Hector Penate, 29, is an actor whose name is not familiar with many, because he only had small parts in a few movies. But it seems now that her fame may soon be catapulted into a stardom, because he was just exposed romantically linking with Shawn Southwick King, wife of CNN host Larry King. It was said Hector Penate, and Shaw Kind, 48, had a secret relationship for a whole year and the secret couple reportedly even made love on Larry King’s desk when the 75-year-old was not at home.”

And here’s a more recent report from In Touch Magazine: “In an exclusive interview with In Touch, the baseball coach, Hector Penate says Larry knew about their steamy trysts but didn’t even care because he was so in love with Shannon. ‘I still think to this day that Larry is in love with Shawn’s sister,’ he explains. Hector admits that he quickly fell “in love” with Shawn after they met in 2007. Two-and-a-half weeks later, they started sleeping together, although Shawn has denied the affair with Hector.”

Okay, okay, enough with the gossip already. Let’s just ogle at Hector’s admittedly handsome and oozing-with-sexuality-which-wants-us-to-bang-him photos. He should keep his facial hair short though. 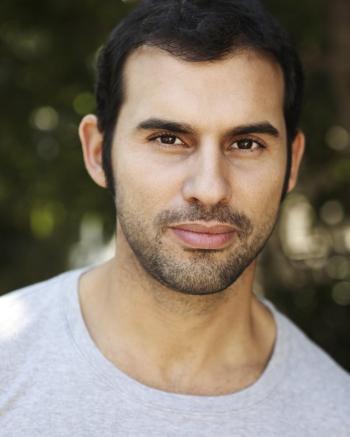 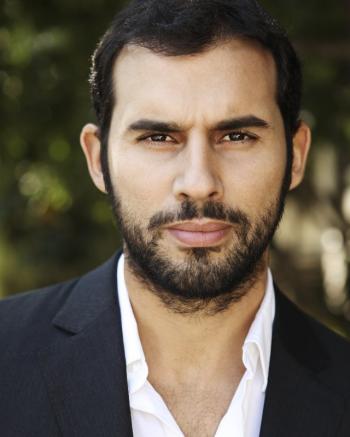 UPDATE2 – Hector Penate Shawn Southwick Affair: Larry King’s Wife and Her Lover. Gawker is reporting that Hector is going to pose for Playboy Magazine and that he will be showing the “bat” he used to play “bedroom baseball” with Mrs. Larry King to the whole world.

What do you think of these Hector Penate shirtless photos? We now see what Shawn saw in him. Hehe.

Check out this pic of Latino lover boy Hector Penate in his sexy blue jeans. Is that a Calvin Klein underwear which is trying to peek out of his pants. So manly. No wonder, Shawn Southwick (aka the wife of CNN’s Larry King) banged this guy. You gotta admit that he’s got the, what to call it, animal appeal. Heck, we’d bang him too if we were Shawn.