Gbenga Akinnagbe Gay or Girlfriend Plus Shirtless Photos. Look who’s rocking a pair of 70’s style leather pants? It’s talented actor Gbenga Akinnagbe who is currently starring on The Deuce. The show, which airs on HBO, is getting lots of love from the audience and critics alike. In fact, the show currently boasts a 91% fresh rating on Rotten Tomatoes. 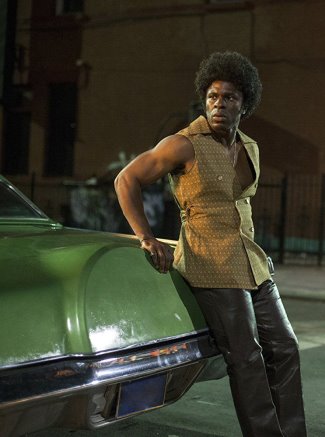 Ain’t you just loving his big hair? Hehe. So why is Gbenga dressed up like a New York pimp from the 70s? Well, its because he’s playing the role of a pimp, in NYC, in the 1970s. Specifically, he is Larry Brown who is described as “an intense and demanding character, who – while intimidating – also has moments that reveal a conflicted, underlying humanity”. Want more men in leather pants?

Apparently, it’s a reunion of sorts for Gbenga on The Deuce because some of the guys he’s working with on the show are the same guys he worked with on The Wire which is his previous HBO. Here’s what he says about his past/present co-workers:

I love working with them. I grew up on TV working with them, so they’ve influenced how I tell stories, the stories I like to watch and be a part of. Aside from that, we all remained tight even off screen for years. Knowing the quality of the work that David and George do, I knew that this show would give an interesting perspective to people who are easily dismissed as one sided criminals on TV — pimps, hooker, gangsters. And also, the time period, the ‘70s — those clothes, come on.

Gbenga Akinnagbe Shirtless. This section is for those of you looking for photos like the ones below. Hehe. 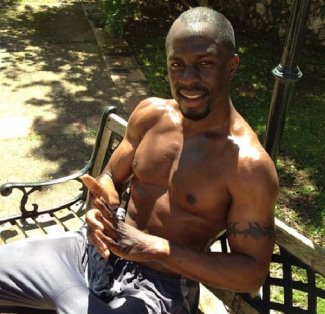 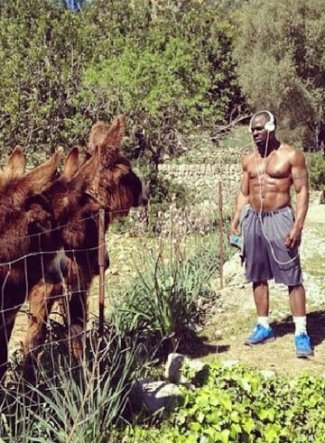 Is Gbenga Akkinagbe Gay or Straight? Is He Single or Married? We don’t know the answers to these questions. But he’s definitely a supporter of the LGBT community as you can see in this photo of him with faghag Kelly Osbourne during the last Pride March in NYC. We grabbed this pic from his Instagram account which you might want to follow at @gbengaakinnagbe. 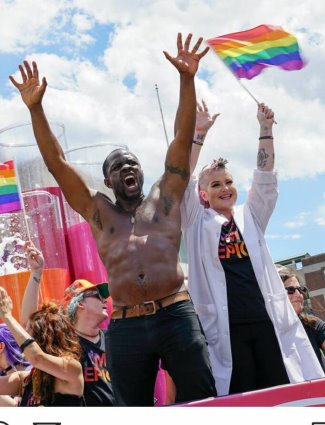