Fall Sweaters for Men: Autumn Fashion Style Watch. Ten years later, we are updating this post to add a sweater which made headlines around the world. Okay, maybe not global headlines but there was a lot of social media chatter about to the point that is has achieved some status as a Hollywood icon. Maybe it’s not as iconic as Judy Garland’s ruby slippers but it still is a movie fashion icon.

Anyhoo, if you watched the movie Knives Out, then you know what we are talking about; Chris Evans cable knit sweater in the movie which is, arguably, the most famous men’s sweater in the world. After watching the film everyone and their mama were like, “Whoooo, good movie. But what sweater is Chris Evans wearing? Where can we buy one for our man? It looks fabulous.” 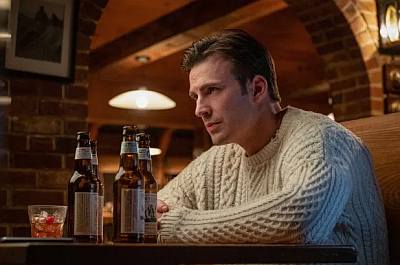 Well, we tried to answer the question on where you can buy the Ransome Drysdale sweater but, unfortunately, came up short. Apparently, the film’s costume designer can’t recall where she bought it and it’s gone missing so she can’t see it’s labels.

From an earlier post we wrote about Chris Evans’ sweater: “Then the film’s costume designer, Jenny Eagan, started giving interviews that built up the mythology of the sweater. She said that she could not remember who made the sweater (she vaguely remembers purchasing it, but does not recall if it was new or vintage or one of a kind), and that it was now missing. (Evans claims to have swiped much of his wardrobe from the set.) So far, no manufacturer has piped up to claim the glory.”

…..
Fall Sweaters for Men: Fall Autumn Mens Fashion (13 September 2010). Looking for fabulous designer sweaters for men like this one by Antonio Azzuolo? 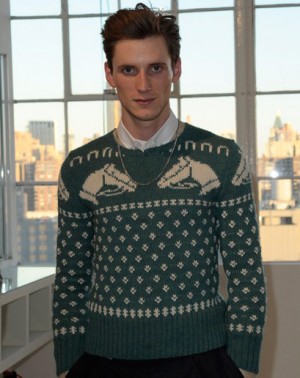 Well, check out these outfits from your favorite fashion designers. Here’s a Dolce and Gabbana slim sweater. 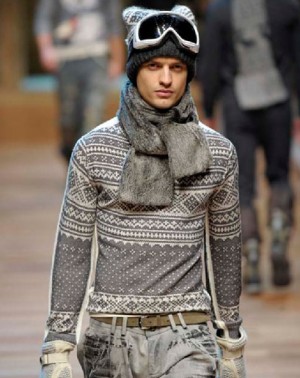 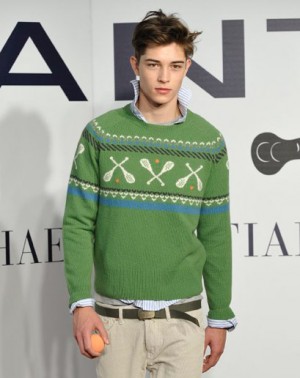 From the Rag and Bone menswear collection. 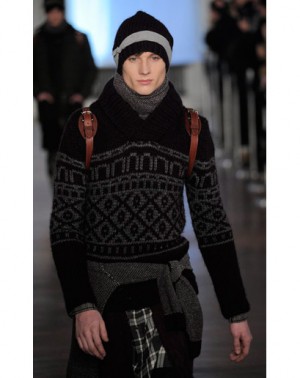 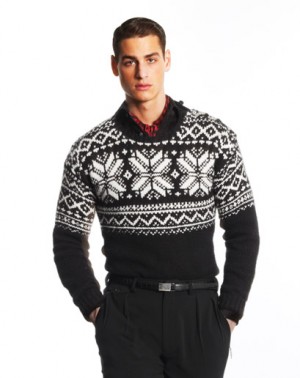 And lastly, let’s have cardigan sweaters by Generra and Yigal Azrouël. 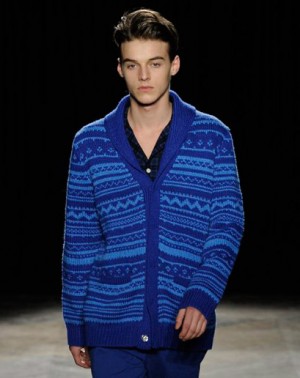 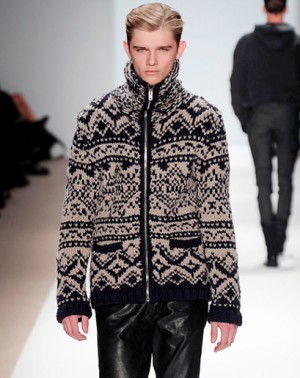