Fabian Schar Shirtless Photos. Goodbye, Ronaldo. You were cute and interesting once but we now find you to be overly-groomed for our taste. Haha. We have now found us an imaginary boyfriend in the person of this handsome Swiss hunk, Fabian Schar. [Want more Swiss hotties? Check out these Swiss male underwear models.]

By the way, gals (and some guys), you should know that this football hunk has a girlfriend in real life so you can only have him in your imagination. The lucky girl’s name is Barbara Marin. We’re not sure if she’s the model that comes up when you google said name but there’s a big likelihood that she is the lucky gal. 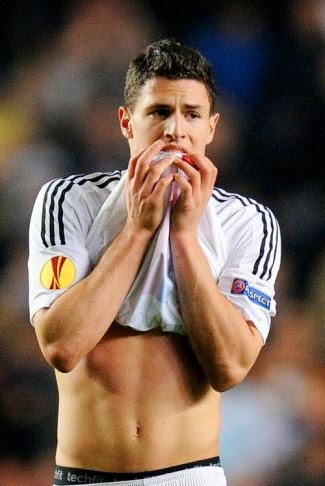 Did you know that our Swiss hunk used to be a banker? That’s an interesting tidbit about him we learn from The Guardian. More from said paper:

Better late then never. In 2012, Fabian Schär not only played for FC Wil in the second division, he also worked as a banker. Shortly after, Schär moved to FC Basel, was called up to the national squad and made his debut under Ottmar Hitzfeld in August 2013. Since then, the 22-year-old has had a fast rise and his position for club and country are both undisputed. 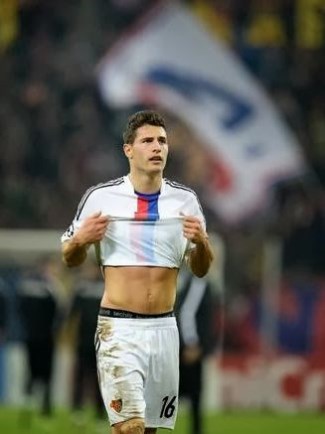 Schar currently plays for Basel FC but bigger clubs from the U.K. (such as Tottenham Spurs and Arsenal) and Spain (Barcelona) are reportedly eyeing him. From the Daily Star:

New Spurs boss Mauricio Pochettino is weighing up a move for the £9m-rated Basel centre-back who is currently on international duty in Brazil. Pochettino wants to assess Schar, 22, during the World Cup squad before firming up his interest.

The Daily Star names Manchester United, Arsenal, and Liverpool as the other clubs that are interested in nabbing Fabian from Basel:

A trio of Spurs’ Premier league rivals have all watched the young defender this season, including Manchester United, Arsenal and Liverpool. But the north London outfit are understood to be ready to step up the chase and beat them all to the 22-year-old’s signature.

It’s understood Baldini will look to secure Schar for around £10m and is certain he can live up to his billing as being one of the most promising defenders in Europe.

Well, whichever club manages to sign our Swiss hottie, we hope it is the right fit for our sexy shirtless one. You want more shirtless pics, don’t you? Here’s our Schar with some of his Basel FC teammates: 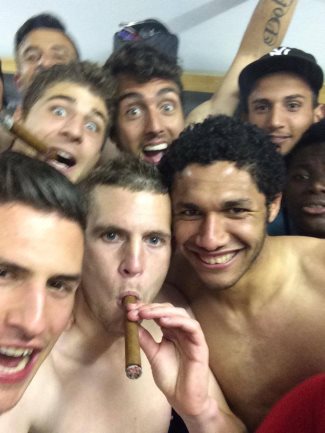 Shirtless celebration in the locker room with Yann Sommer. 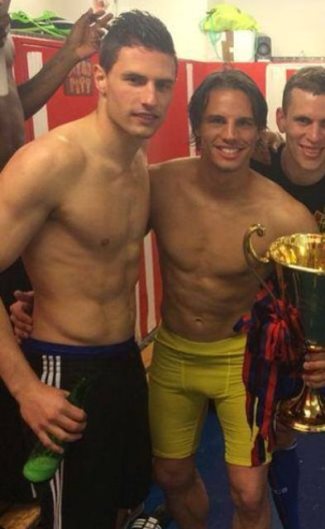 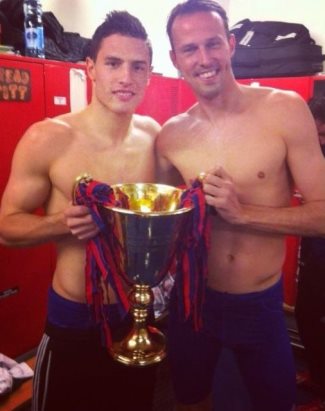