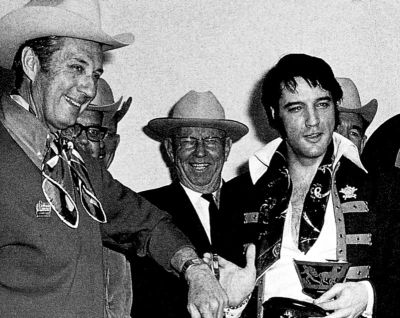 The Swiss watch maker reportedly only made 1,000 pieces and Watch Number 343 was given to him as a “token of appreciation for playing 6 days of sold-out concerts in 1970 at the Houston Astrodome Livestock Show & Rodeo”. 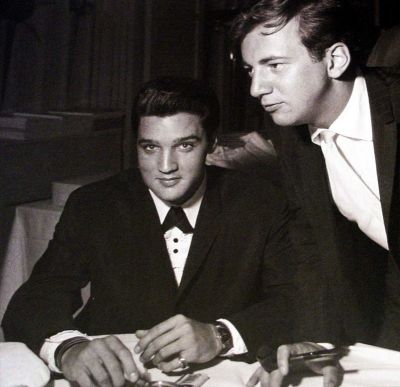 Awwww. Look at a young Elvis with a bit of an impish smile above. Colored pictures of Elvis’ King Midas gold watch below is courtesy of the Rolex Blog. 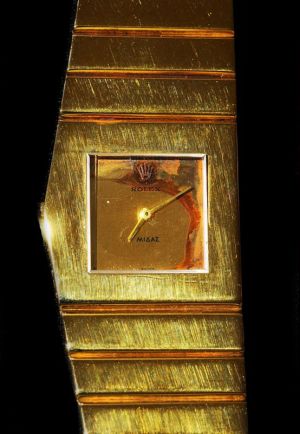 This gold watch really is a watch fit for The King! 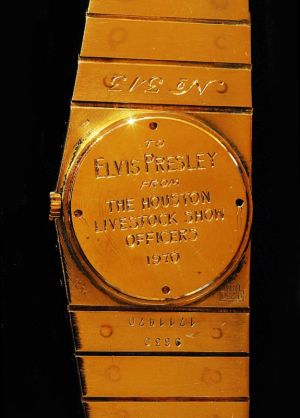 The engraving reads: “To Elvis Presley from The Houston Livestock Show Officers 1970”. 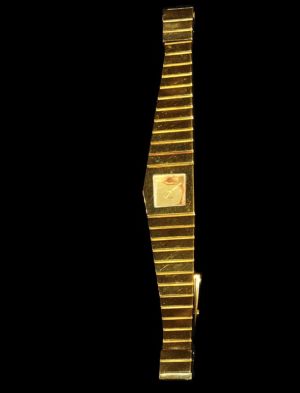 The girl must be Lisa Marie Presley. It is interesting to know who owns Elvis’ King Midas Rolex watch? Does Lisa Marie have it? Is it still a part of his estate? Is it somewhere being displayed in The King’s memorabilia? Or did someone luckily buy it in some auction? 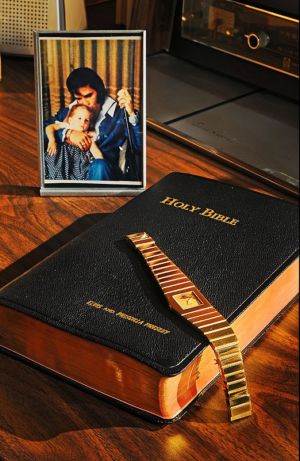 It truly is a watch fit for The King, isn’t it? Hey, we said that already but there’s no harm in repeating it right? Want more men’s watches?