Elvis Presley Underwear in the Army. Here are more underwear photos of the rock and roll king taken when he enlisted as a soldier in the army. Apparently, according to mashable.com, the different branches of the U.S. Armed Forces vied against each other by offering incentives to Elvis to join their ranks.

The singer, who was already famous at the time, declined the juicy offers and enlisted instead like an ordinary citizen and served as a private. Mad respect to the guy. We hope celebrities these days follow his example. He served for two years from March 1958 to March 1960. 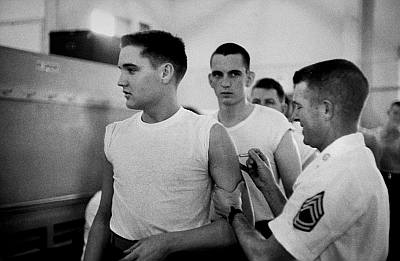 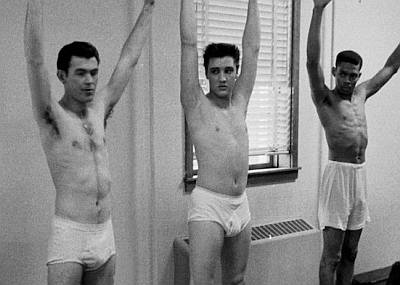 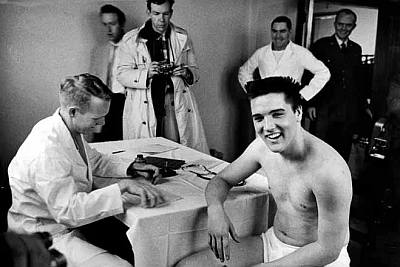 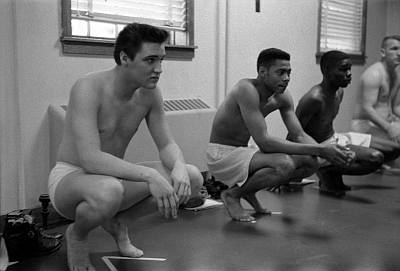 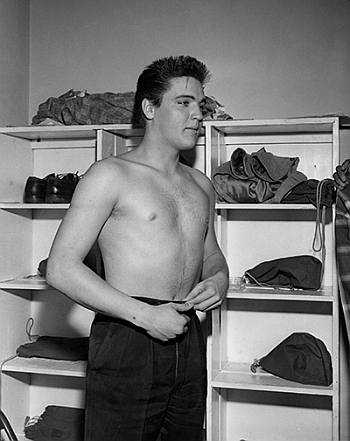 Okay, this last photo is not from the army but from the set of the movie Paradise, Hawaiian Style. 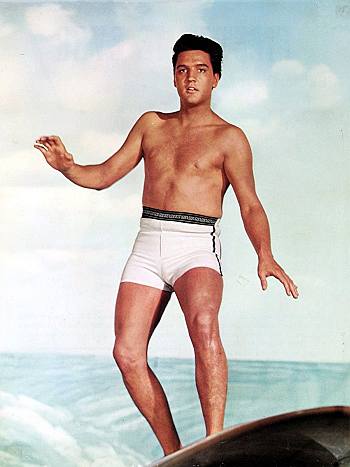 …..
Elvis Presley Underwear: Boxers or Briefs? Did rock and roll superstar Elvis Presley wear boxers or briefs underwear? Well, in this photo taken during his army training, our Elvis is wearing briefs. We guess this settles the age-old “boxers or briefs” debate for the singing great.

What about you? Are you a briefs underwear guy or a boxers man? 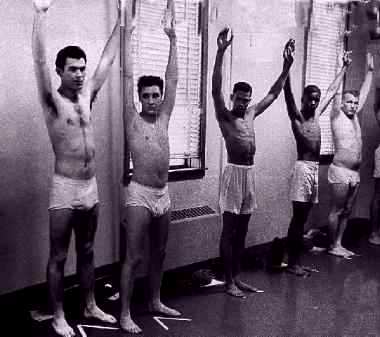 …..
Tom Jones and Elvis Presley Sitting on a Tree (24 February 2009). Hmmm. This story is kind of hilarious. What will Priscilla and Lisa Marie Presley say about Tom Jones’ claim that Elvis Presley was “checking him out” while he was taking a shower? The British singer is obviously joking about the “checking out” part but, then again, it’s quite possible that it really happened, no? 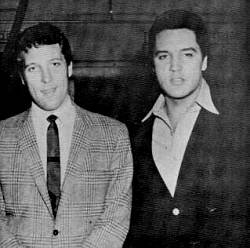 Details from the Sun: “Welsh star Sir Tom said the All Shook Up legend had come to see him perform. He was getting ready for the show in Las Vegas when Elvis, who died in 1977, said he had a tune he wanted to sing to him.”

And here’s the exact quote Tom said about Elvis: “He couldn’t wait. I was in the shower and I could hear Elvis Presley singing. When I opened my eyes he was leaning over the door singing to me. I didn’t have any clothes on. I think he was checking me out.”