Edison Chen Shirtless Photos: He’s Hot But is Unwanted in Singapore. Note to Edison Chen: You may be cute and look nice shirtless and all but you’re reportedly not wanted in Singapore. Ouch. It’s a sad fall from grace for Edison, one of the most famous (and most desired) men in Asia at the height of his popularity. We’d like to think that this public snub for Edison by Singaporeans is a fitting response to the scandal he got himself involved in. Will, there be a redemption for Edison Chen?

Well, only time will tell. 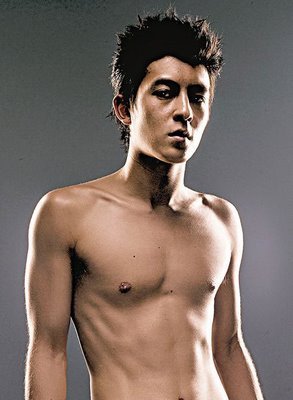 OTHER POSTS WE WROTE ABOUT EDISON CHEN 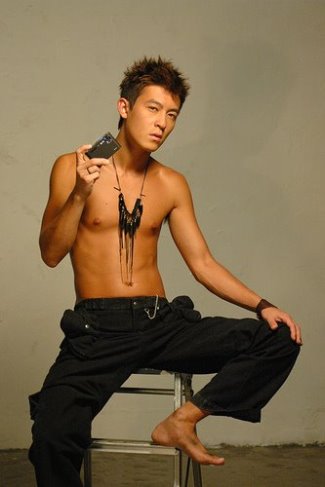 Who wants to have their pictures taken with Edison Chen. Don’t worry, he’s a good boy now. It won’t be the nasty kind of photo and he won’t store them in his computer. Oh really? You mean he’s reformed? Nah, we’d rather not take the risk of stripping in front of him as he focuses his camera. 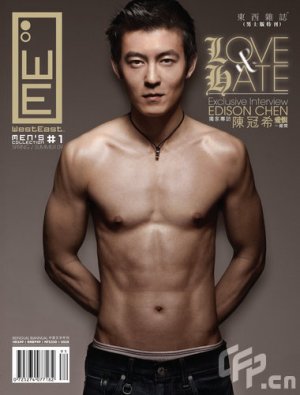 Cecilia Chung vs. Edison Chen: He is Despicable
28 February 2009

We must say that we understand Cecilia’s contempt for Edison but we totally have no sympathy for her.

A Lianhe Wanbao story reported her calling Chen “despicable” and that he was “dishonest, unreliable and caused a lot of hurt to his fellow female celebrities.” The interview, which took place in Hong Kong yesterday evening (26 February), saw Cheung admit for the first time her involvement in the scandal. Looking directly at the camera, a teary-eyed Cheung said, “I admit that I committed this mistake!”

The Wanbao report also said that Cheung cried a second time when she spoke about her husband, Hong Kong star Nicolas Tse. She thanked Tse for his forgiveness and him staying by her side during this difficult time. “It is very difficult to find such a good husband.” Cheung told the interviewer, before breaking down.

In a way, she’s still a lucky girl because her husband has reportedly forgiven her and is standing by her. If we were her husband, we’d kick her adulterous ass to the curb. She can call Edison “despicable” all she wants but she’s just as despicable. She’s aldo stupid and lustful which makes for a disastrous combination.