Dolce Gabbana Sweatpants for Men: Colin Farrell Fashion on Details Magazine. What is our favorite Irish hunk, Colin Farrell, up to these days? Well, he is on the cover of the November 2012 issue of Details Magazine, he is promoting his critically acclaimed movie Seven Psychopaths which boasts of an 84% “fresh” rating in Rotten Tomatoes, and he is currently working on four movie projects according to IMDB.

Our physically gifted (wink, wink) and talented actor sure is as busy as a bee, isn’t he? Anyhoo, since we blogged about Colin and his homburg hat, some of you have been needling us to write more about Colin’s sense of fashion so let’s check out what he is wearing in his Details photoshoot, shall we? 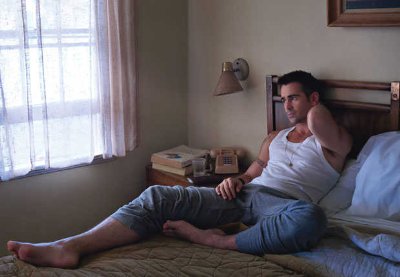 Please tell us that we are not the only ones who, while looking at Colin’s pic above, can’t help but think about his “adult movie” with model Nicole Marain? Hehehe. We can’t help it, it’s in our naycha! Anyhoo, let’s continue ogling at Colin’s Detail Magazine photos.

Check out his Diesel denim jacket and his billiard balls. Hehe. 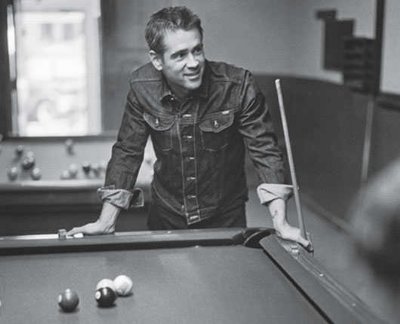 What does Colin wear when he goes out for breakfast? Based on the pic below, he wears shirt and slacks by Calvin Klein and shoes from Early Halloween NYC (which is known for its vintage outfits). 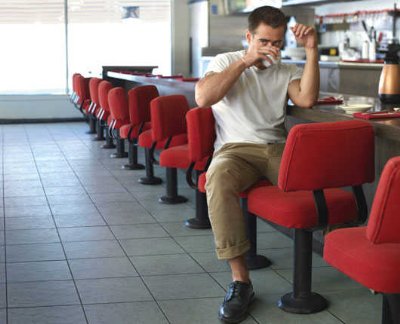 And when he goes driving, he wears a sweatshirt from JCrew which, according to our friend Kevin, is also a fav label of First Lady Michelle Obama. Want more of Colin Farrell? Go check out our post on Colin Farrell’s Underwear. 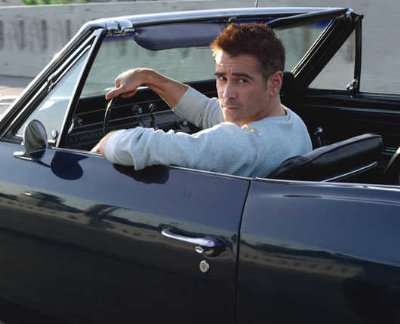 Update: We forgot to mention that Colin also starred in a recent movie, Total Recall, which is a disaster both at the box-office and critic-wise. Oops, we’d be better of if we forget about this. Haha.