Colin Farrell Underwear: Boxers or Briefs? Sorry, Grandma Akita made us delete the photos we mentioned below but here are some pics of Colin inspecting some red men’s underwear when he guested on The Ellen Show last February 27. 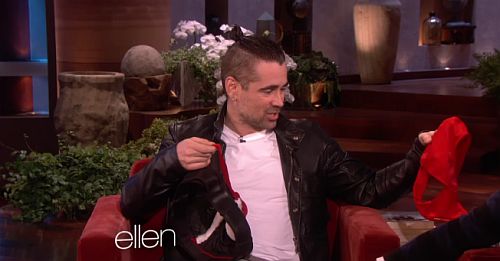 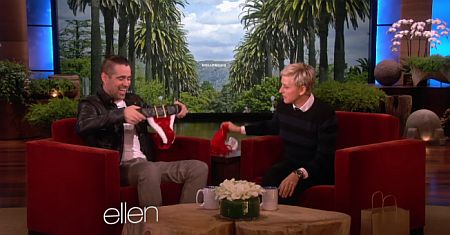 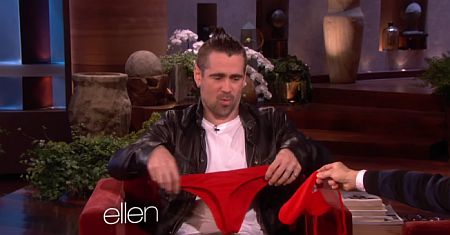 Ellen being Ellen, she asked the Irish actor to try on a pair which he did to the delight of the show’s audience:

Ain’t this the funniest sh*t on daytime television?

Colin Farrell Underwear: You’ve seen Colin Farrell’s Homburg hat, now don’t you think it’s high time for you to see his underwear? We think so. It’s about time we put the ever-burning “Does Colin Farrell wear boxers or briefs underwear?” question to rest.

Anyhoo, from the looks of these two photos, it’s obvious that this Irish hunk is a boxers-wearing man rather than a briefs underwear guy. We gotta say that we love, love, love his clean white underwear in the Radar covershoot above.

UPDATE: We have more underwear photos for you. What brand of undies does our Irish hunk prefer? Looks like he loves him his Calvin Kleins, no? 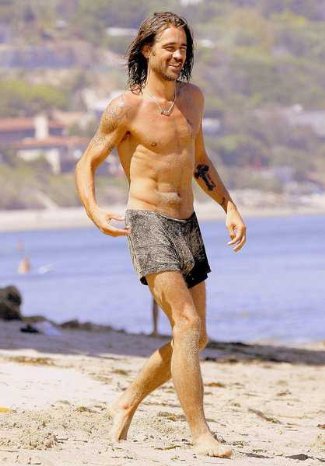 Beach photo of a long-haired Colin in his black boxer shorts. And here are two pics from his 2000 war drama, Tigerland, where he plays the role of a young man who was drafted to the Vietnam War.

OTHER BLOG POSTS WE WROTE ABOUT COLIN FARRELL:

Says a source as quoted by The Daily Mail: “He would not introduce her to his family. She was also upset that he didn’t thank her at the Golden Globe Awards.”

Uh, uh. We give Colin a pass for not acknowledging his girlfriend during his Golden Globes speech because maybe he was too excited so he forgot. But he wouldn’t introduce her to his family? That’s uncool, Colin.

Colin Farrell Hair Transplant? (09 July 2010). Did Colin Farrell have a very bad hair transplant? What’s up with that hideous comb-over which is desperately trying to hide his bald head? 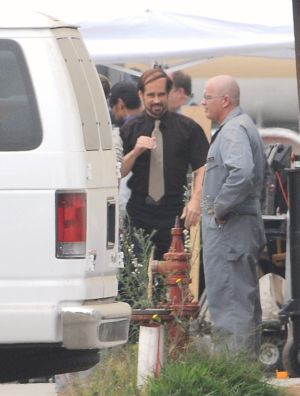 Thankfully for Colin and for his fans who are concerned about His Hairiness, the atrocious hair is not the real deal but a part of his costume as Bobby Pellitt in Horrible Bosses, a movie scheduled for release sometime in 2011.