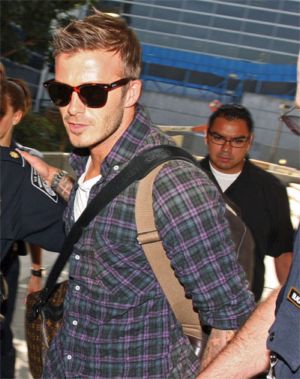 Let’s have a closer look at the Ray-Ban Original Wayfarer 2140 sunglasses. 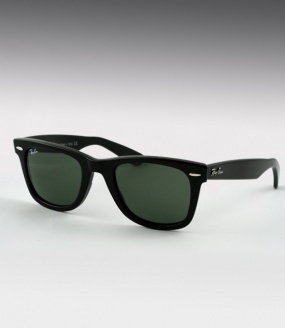 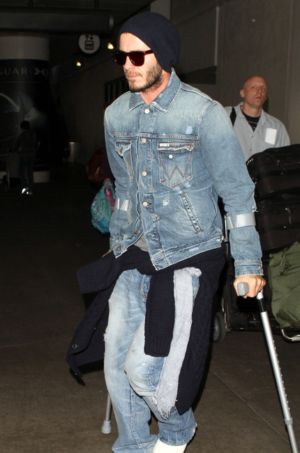 More David Beckham Sunglasses: Police, Dolce & Gabbana, and Dita. (posted 05 October 2011). Why are we not surprised that David Beckham is not confining his eyewear choices to just RayBans? Check out the other brands he was spotted wearing.

The Police 2999 Sunglasses may be oversized but it doesn’t mean it’s not cool, right? If David Beckham and Hollywood celebrities, like Reese Witherspoon, wear it then it’s pretty far from being un-cool. 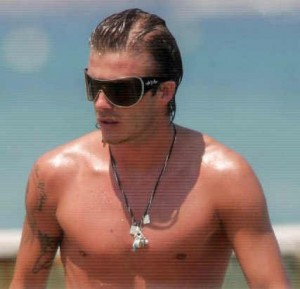 Another picture of Beckham with a Police eyewear, this time a pair of Police Sunglasses. Still cool, huh? 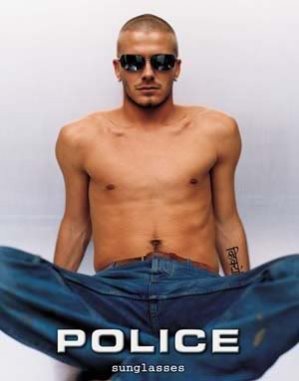 What about this Dita Splendor Sunglasses is it also cool? With its aluminum frame, laser etched diamond pattern, removable nose piece, and UV protected lenses there’s no way to describe it but “stylish cool”. 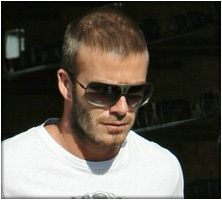 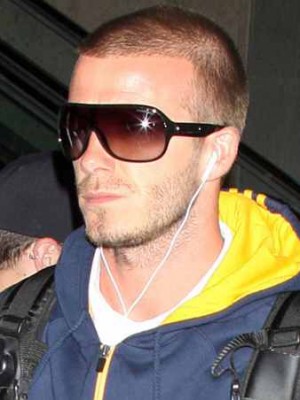 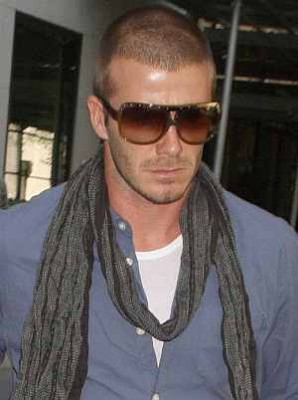 Last but not the least, here’s David in a Ray-Ban 3138 Shooter Sunglasses which is probably our favorite David Beckham eyewear. 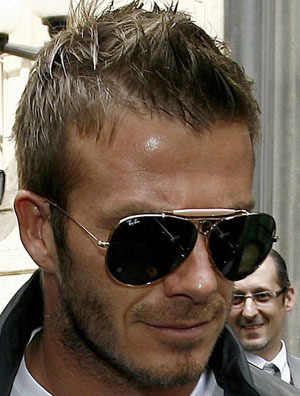 What about you, which of the above sunglasses is your favorite on The Becks?

Victoria Beckham Designer Sunglasses on David (posted 24 October 2010). Victoria Beckham sure knows how to market her products, no? Check out these pics of her designer sunglasses on husband David Beckham which they disseminated to the world via Twitter. 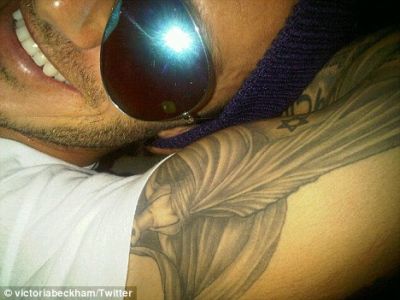 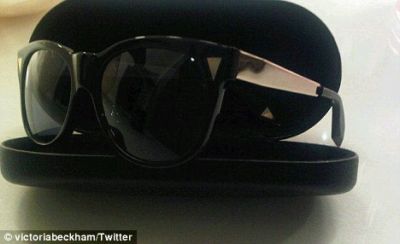 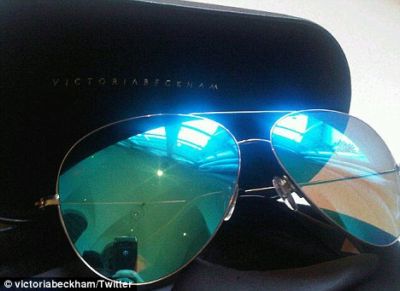