Dannii Minogue Maternity Dresses and Other Fashion Style. Want more celebrity maternity wear? Here’s X-Factor judge Dannii Minogue looking awesome in her maternity dresses. Who says a girl can’t be stylish and chic when she’s pregnant? Not us. Not Dannii. And certainly not you :-) 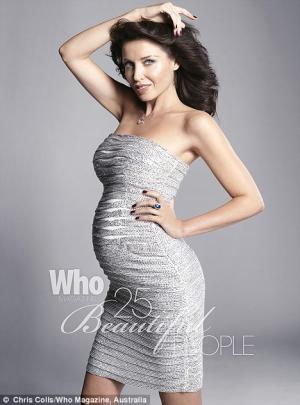 Anyhoo, Dannii is six months pregnant and, according to Australia’s Who Magazine, she’s loving the experience:

‘Since I’ve been pregnant now, I’m just like, ‘Aahh!’ It’s an acceptance of your body; it’s been really good.

‘I thought it was absolutely going to freak me out, the whole body change and hormonal change. But I am loving it.’

She spent Easter indulging in cravings, telling her Twitter followers: ‘Chocolate easter eggs, hot cross buns and pancakes! Does my bum look big in this tweet!’

And she hasn’t ruled out having more children with boyfriend Kris Smith, 31, telling the publication: ‘Maybe we’ll have a brood of kids.’ 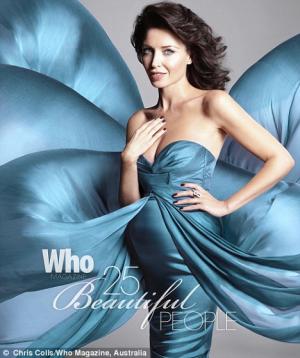 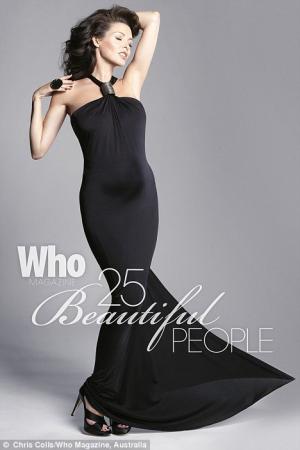 OTHER POSTS WE WROTE ON DANNII MINOGUE AND KRIS SMITH

It’s a boy! Congratulations to male model Kris Smith and X-Factor judge Dannii Minogue for the birth of their baby, Ethan Edward Smith. Here’s the announcement from Dannii’s spokesperson:

‘Kris Smith and Dannii Minogue are thrilled to announce the arrival of Ethan Edward Smith on July 5. Mother and baby are doing well and Dad is very proud. They request their privacy at this special time to adjust as new parents.’

Dannii was reportedly planning a home birth but she was rushed to the Melbourne’s Royal Women’s Hospital because of some complications.

Here’s a red carpet picture of the happy couple. 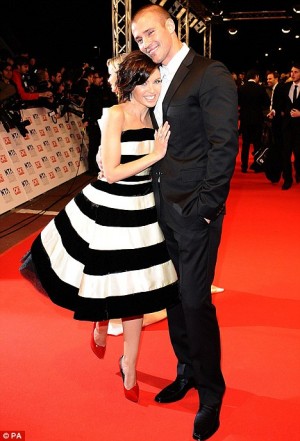 And here’s Dannii, pregnant and all, rushing to the hospital. 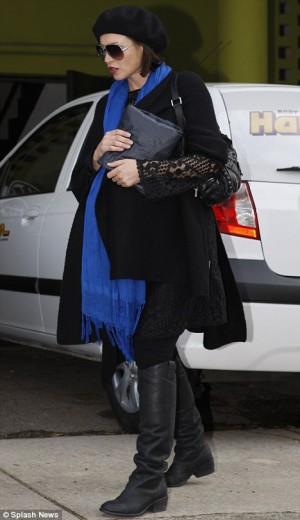 Dannii Minogue Kris Smith Update. The two broke up in 2012. Five years later in February 2017, Kris revealed that the breakup is due to his insecurity. However, he also added that he and Dannii have a good relationship.

Says Kris, according to the Daily Mail, “Ethan comes first for both of us. The job she’s done with Ethan cos I’ve not been there all the time, I’ve been in Sydney and she’s been in Melbourne, he’s turned out an incredible young boy.”