Now, a lot of you have seen Ben Cohen’s Underwear which we published in earlier posts. Hehe. We think we’d even things out by also publishing this photo of Hudson Taylor in his tighty whitie briefs which he tweeted to his followers the first week of January when he supported the No Pants Subway Ride in New York. 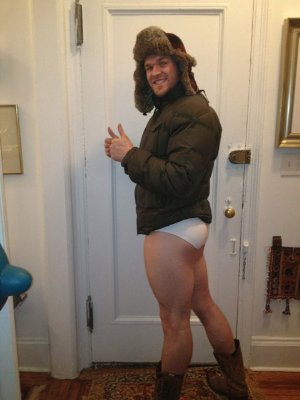 Double thumbs up to you too, Mr. Taylor.