Chris Brown Underwear Peekabo (26 November 2009). Remember that silly song My Flow So Tight by the Jump Smokers? You know, the surprise hit that goes, “Chris Brown should get his ass kicked”? Obviously, Chris Brown heard the song and he’s now inviting his haters and detractors to do just that.

At least, that’s how we interpret the photo below; we’re thinking that this is his peace offering or something. It’s like he’s saying, “Okay folks, let’s get this over with. Go ahead and kick my behind”. But then he decided to wear a baby blue underwear so you won’t kick him so hard. Or something like that. 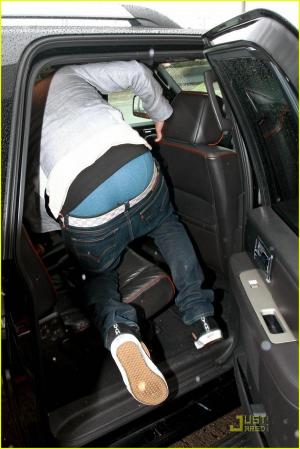 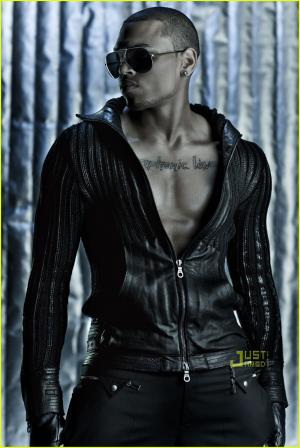 …..
Tina Davis: Chris Brown’s Text Mate?. The TMZ folks have uncovered the mystery girl who may have sent a text message to Chris Brown which may have triggered the fight between Chris and Rihanna which resulted in Rihanna getting beaten and bruised. And the mystery girl is? It’s Tina Davis, Chris’ manager and reportedly his ex-lover.

From TMZ: “Sources tell us the woman who left the three-page text message on Brown’s cell phone is Tina Davis. Davis — who turns 40 this month — was rumored to have had a relationship with Brown when he was 16. Brown and Davis have denied it. Law enforcement tells us the text message to Brown talked about hooking up later — and it totally pissed off Rihanna. She slapped and hit him and he then brutally fired back. The detective’s affidavit refers to the text message as being ‘from a woman who Brown had a previous sexual relationship with’.”

Who is this Tina Davis? Here’s a photo of her and Chris. She’s pretty and she looks like a fun person to be with. 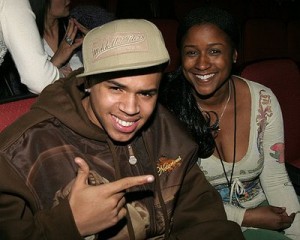 …..
Men’s Spandex Pants: Chris Brown, Singer (17 December 2009). Today in men in spandex, we bring you Chris Brown wearing spandex pants for the cover of his latest album, Graffiti. Say what you will of Chris but you gotta admit that he is some kind of a male fashionista (fashonisto?) who’s not afraid to experiment with the clothes he wears. 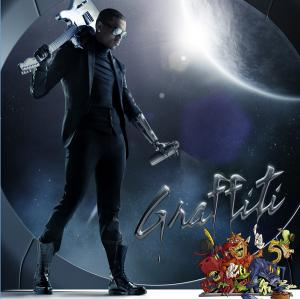 …..
Chris Brown Underwear Peekabo Part II (21 April 2011): This update is for those of you looking for more Chris Brown underwear. Here are some photos taken from a concert when Chris’ trousers just went down and down and down. Good thing he was wearing underwear because otherwise his fans would be staring at his you-know-what. Then again, maybe his fans will consider that a treat. Would you? 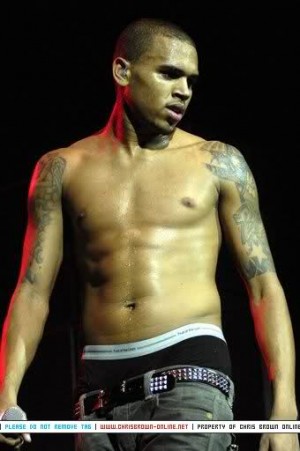 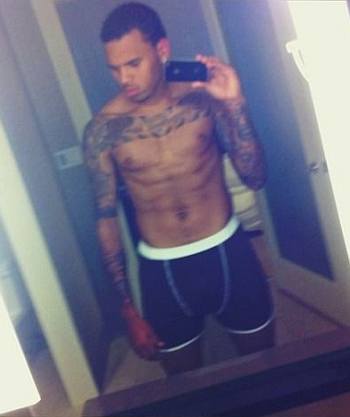 Oh, seems like he really loves the peekabo underwear look. Apparently, he also loves him his Polo Ralph Lauren underwear. 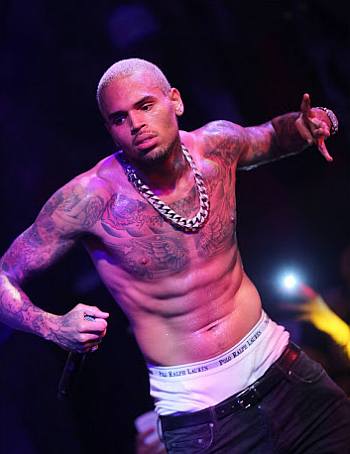