LeatherWatchers, we bring you seven male and female celebrities wearing Salvatore Ferragamo leather jackets. Who of these famous people is your favorite. And who, in your opinion, has the most fabulous, most fashionable, and most chic leather jacket?

Let’s begin with the Number One Famewatcher crush, Mr. Brad Pitt who’s seen below looking cool in a beige leather jacket. According to Upscale Hype, the price tag for this outfit is a wallet-busting $3,490. It looks oh-so-sexy though, no? [Want more Brad Pitt leather jacket?] 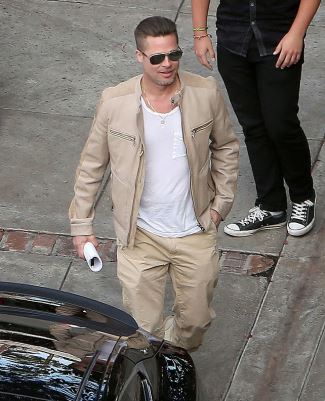 More info about Brad’s jacket (from Upscale): “The jacket comes from the Salvatore Ferragamo Spring/Summer 2014 Collection and features lambs nappa on the front and back panels, and goat suede on the sides.”

Next in our list of celebrities wearing Salvatore Ferragamo leather jackets is the hunky and manly Scottish hunk that is Gerard Butler. Gerard’s most recent movie shown in the theater’s is 2013’s Olympus Has Fallen. You should watch out for its sequel, London Has Fallen, which is slated for release this year. He’s also currently working on two more movies, Gods of Egypt and Geostorm. Watch out for those too. 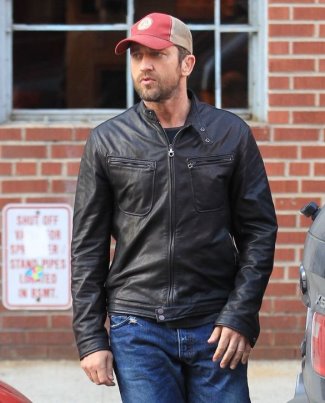 Garrett Neff should be a movie star but he seems content being one of the most famous and highest paid male supermodel. Check out his black Ferragamo leather jacket. 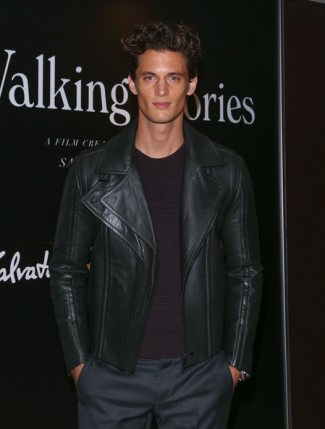 Aussie hottie Hugh Jackman also loves him his Ferragamo. Can’t blame him! After all, Ferragamo leather jackets are sexy and cool, no? 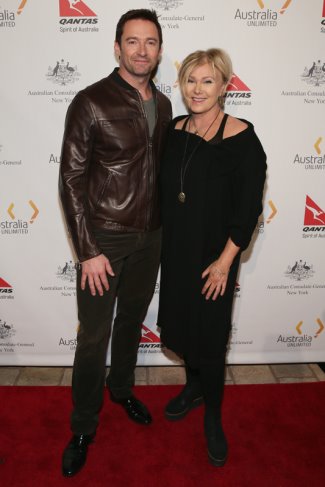 Of course us ladies love us our Ferragamo too. Case in point? One Tree Hill actress Kelsey Chow who wore this Salvatore Ferragamo Wool Jacket With Fur/Leather Lapel back in 2012. 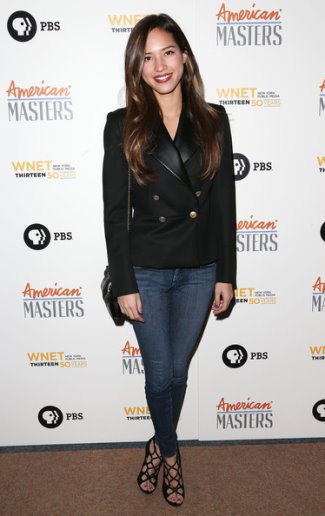 Another female celebrity who was spotted in Ferragamo leather is Spanish sports journalist Sara Carbonero. Did you know that this gorgeous beauty was voted in 2009 as “The Sexiest Reporter in the World” by the editors and readers of FHM Magazine (U.S. edition)? 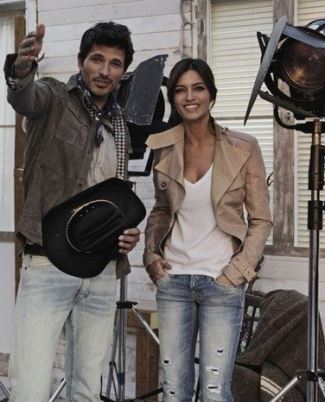 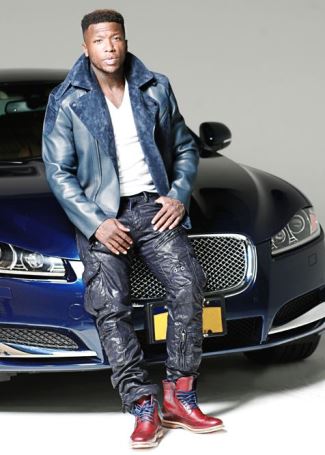 That’s it for now fellow celebrity fashion watchers. Do you know other celebrities who wear Ferragamo leather jackets? Do tell in the comments.