Celebrities Wearing Panerai Watches. Since we blogged about Panerai watches, we learned that famous people like Tom Cruise, Orlando Bloom, Sylvester Stallone, and Heidi Klum love them their Panerais. Not unexpectedly, they are not the only ones who are fans of the luxury watch brand so we decided to make this list of celebrities wearing Panerai watches. Let us start with:

Jeremy Shockey. The NFL football player looks so happy in the photo below. Is it because of his Panerai or because this is the first time he caressed the head of a bald man? Hehe. 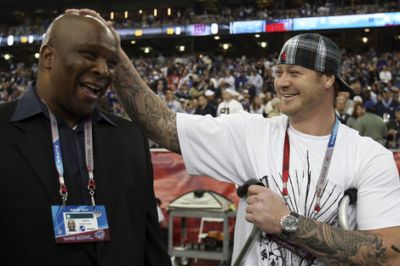 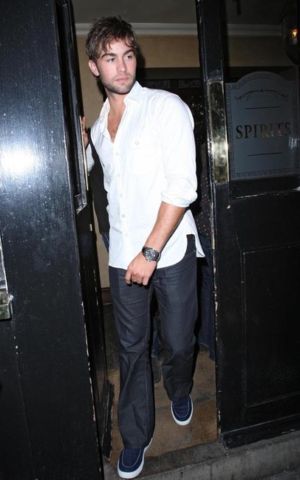 Jesse McCartney. The handsome boybander turned actor wore this Panerai watch during a photoshoot for OK Magazine. Our friend Deena says Jesse is the kind of guy she’d like to bring home to mama. 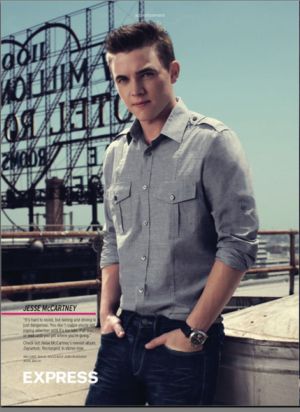 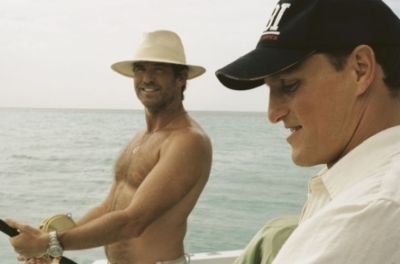 Bill Clinton. Speaking of daddies who love them their Panerais, here’s the former President and his Luminor. 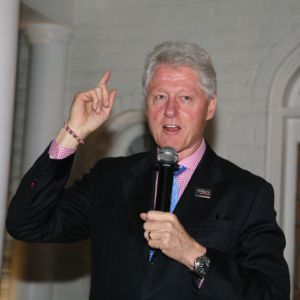 Dwayne Johnson. Dwayne’s Panerai is, like Bill’s, a Luminor. 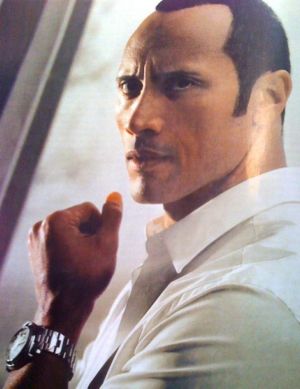 John Mayer. Of course you can go swimming with your Panerai Luminor as John Mayer does in the photo below. It would be good if you’ve got a girl too. 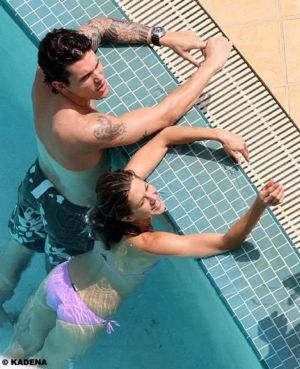 Heidi Klum. Last but not the least in our list of Celebrities Wearing Panerai Watches is supermodel Heidi Klum. Is she undergoing an eye exam or something? 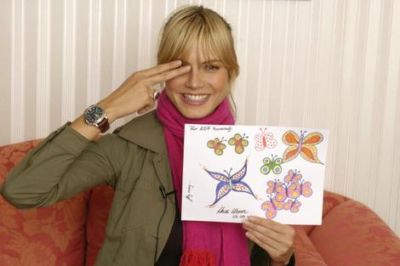 Anyhoo, here’s another look at the Project Runway host slash judge and her Panerai Luminor watch. 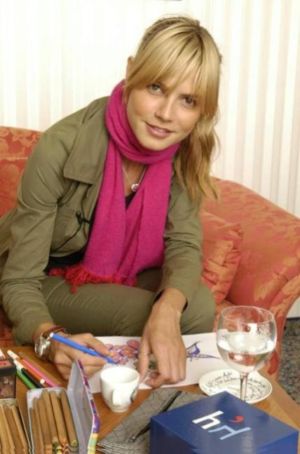 Well, that’s it for now fellow Celebrity Watch Watchers. We will do another post or will update this page if we find more celebrities wearing Panerai watches. For the time being we’re gonna say “Ciao”!